What is Cooking? Kartik Aaryan’s Dance Video Is The Solution 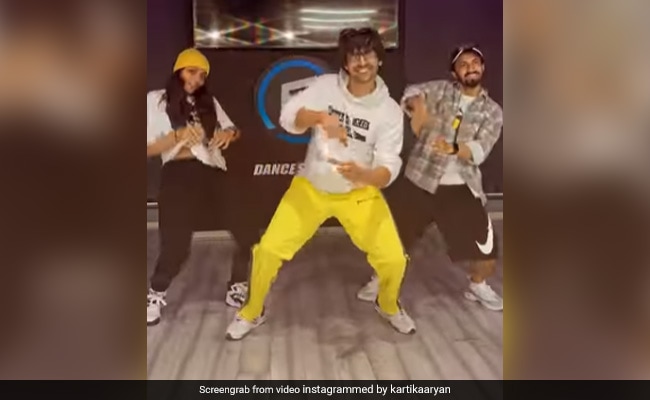 Kartik Aaryan in a still from the video. (courtesy kartikaaryan)

Kartik Aaryan has been sharing dance videos on his Instagram profile lately and they are a sheer delight. This time, the actor was busy cooking another great video and into the cauldron, he added some smooth choreography, unmatchable swag and served it fresh in the form of an Instagram Reel. The song was a modified rendition of Madhuri Dixit’s iconic track Choli Ke Peeche Kya Hai, popularly known as Cook Cook in the Instagram lingo. Kartik, along with choreographers Piyush Bhagat and Shazia Samji performed to the aforementioned track and he did a good job. The highlight of the video, however, has to be the hook step that Kartik Aaryan did with a bright smile.

Posting the video on his profile, Kartik Aaryan wrote: “We cook… people look but this is how you do the hook. #CookCookChallenge #CookCook.”

Earlier, Kartik Aaryan danced to Allu Arjun’s super hit track Throw Bomma. He captioned the video: “Dance like ______ ? (‘No one’s watching’ mat likhna ).” So how did he do? Check out the video:

The actor will next be seen in Bhool Bhulaiyaa 2, co-starring Kiara Advani and Tabu. He also signed the second installment of the 2008 film Dostana, alongside Janhvi Kapoor and newcomer Lakshya Lalwani. However, the makers of the film, citing professional reasons, announced a few months ago that the cast will be revised. The revised cast has not been announced as of now. The actor announced his new project Dhamaka on his 30th birthday.