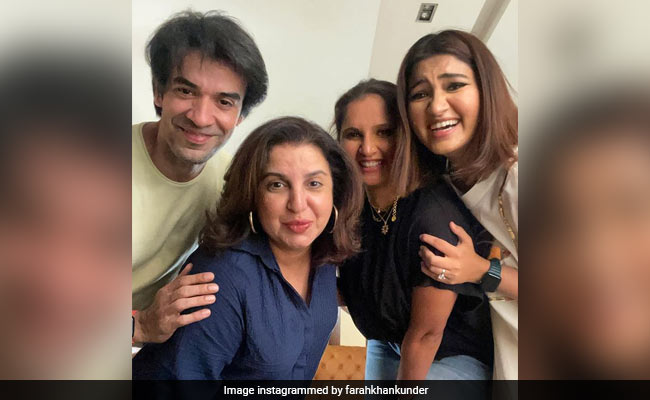 Farah Khan met her friends after more than a year and she didn’t forget to document it on her social media. The choreographer-filmmaker shared a picture with her friends on her Instagram profile on Wednesday. The picture features Farah with tennis star Sania Mirza, filmmaker Punit Malhotra and stylist Anam Mirza (Sania Mirza’s sister). An excited Farah Khan shared a picture from the get-together and she wrote: “When you meet after a year and a half… And it seems like no time has passed… Sania and Anam Mirza, missed you all so much. Thank you Punit Malhotra for lunch.”

This is what Farah Khan posted:

Sania Mirza too shared a picture-perfect moment from the get-together on her Instagram story and her caption read: “The OG gang after so long… Few missing.” Sania Mirza and Farah Khan are a part of a close-knit circle that also includes actor Parineeti Chopra. 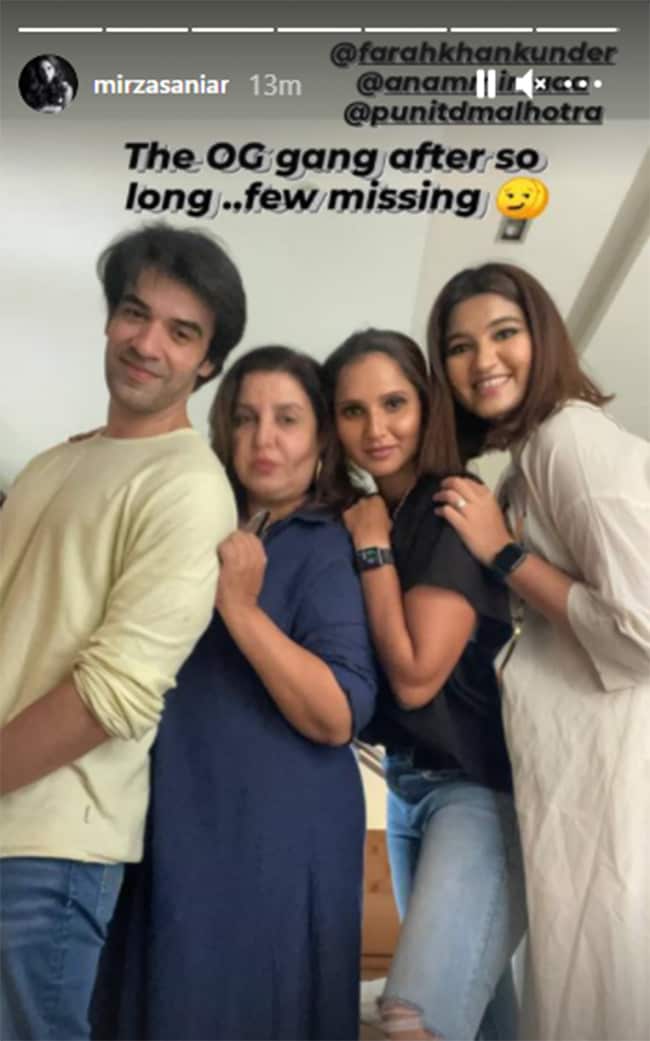 Farah Khan, who stepped into the Indian film industry as a choreographer, made her directorial debut with the 2004 film Main Hoon Na. She has also directed films like Om Shanti Om, Tees Maar Khan and Happy New Year. Her last production venture was Netflix’s Mrs Serial Killer, starring Jacqueline Fernandez and Manoj Bajpayee. The film was directed by Farah’s husband Shirish Kunder. Farah Khan married Shirish Kunder in 2004 and the couple became parents to triplets in 2008, after whom the couple’s production house “Three’s Company” is named.