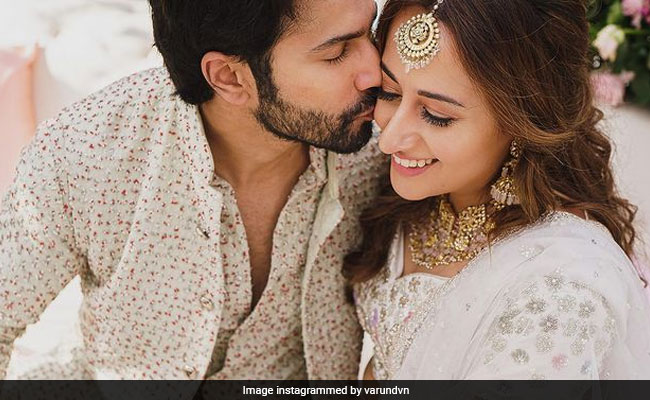 Months after Varun Dhawan’s wedding festivities echoed through Alibaug, the actor talked about his decision of opting for a low key wedding. For the 34-year-old actor and his childhood sweetheart, it was a pandemic wedding. Varun Dhawan, in his interview with Hindustan Times, said that he took a “responsible” decision about his wedding amid the COVID-19 pandemic. Varun Dhawan, who had contracted COVID-19 last year December, said: “We had to be responsible during this period and follow rules. I’m someone who didn’t want to do something big, you’ve to respect whatever things have been put in place. I had elderly citizens from my family coming, and I wanted everyone to be safe, that’s why it was low key.”

Varun Dhawan and Natasha Dalal have always remained hush hush about their personal life. In his interview, Varun Dhawan added their low key wedding was a reflection of their personalities as well: “That’s the kind of person I am, as far as my personal life is concerned. I’d rather keep it low-key, and also because Natasha isn’t from this film line anyway. The full show-sha is too much, and this wasn’t the time for that,” HT quoted the Bhediya actor as saying.

Natasha Dalal and Varun Dhawan had a strictly guarded wedding in Alibaug on February 24, which was attended by a handful of guests, including friends and family. Soon after the wedding, Varun dived back into work. Varun Dhawan and Natasha Dalal are childhood sweethearts who went to school together. In an interview with Kareena Kapoor, Varun said it was a love at first sight kind of a situation for him when he saw Natasha Dalal for the first time.

In terms of work, Varun Dhawan plays the role of a werewolf in upcoming movie Bhediya, which also stars Kriti Sanon. Varun also has Jug Jugg Jeeyo in the line-up, which has an ensemble cast comprising Anil Kapoor, Neetu Kapoor and Kiara Advani.