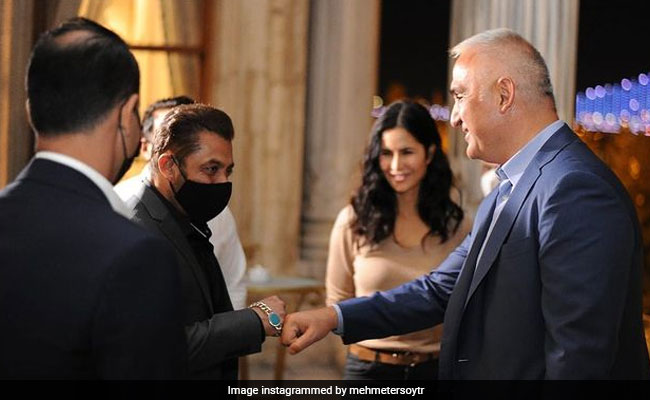 In one of the photos, Salman Khan also shares a fist-bump with the minister.

As the name suggests, Tiger 3 will be the third instalment in Kabir Khan’s series of Tiger films, which started with Ek Tha Tiger in 2012. Salman Khan will reprise his role as special agent Avinash Singh Rathore while Katrina Kaif will be seen again as Zoya Humaini – the film also stars Emraan Hashmi. Tentatively titled Tiger 3, the film is expected to release sometime next year.