Those Shocking Pics of Esha Gupta Will Make You Pass Wow 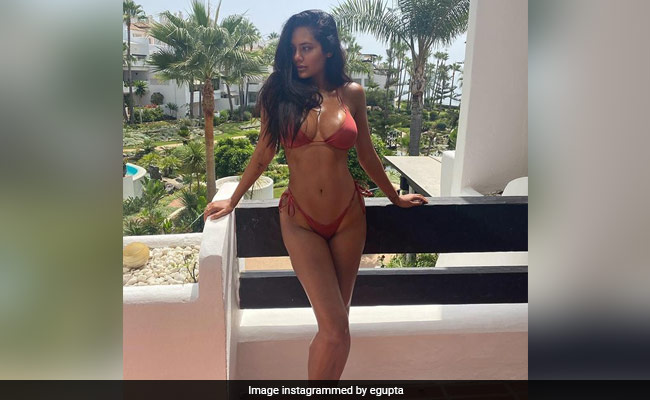 Esha Gupta is burning up Instagram and how. The actress, who every now and then leaves her fans in awe by posting stunning pictures of herself, did something similar on Tuesday. Esha Gupta picked two photos of herself sunbathing on what appears to be a balcony and made us go wow. She looks breathtaking in a brown bikini in the pictures. The actress’ post was flooded with red heart and fire icons within minutes. Her friends dropped comments like “babe wow” and “looking so hot.” Fans of Esha Gupta can’t get enough of her photos. “You are fine as hell,” commented a user while another wrote: “Gorgeous.”

The reason behind Esha Gupta’s lean physique is her fitness routine. She frequently shares videos and pictures of herself performing yoga. Check them out here:

Esha Gupta and her beach pictures always give us vacation goals. Remember when she was vacationing in Spain? She made us green with envy by sharing a stunning picture of herself enjoying her holiday on a cruise.

And remember when she was chilling on the beach in a red monokini? If not, here’s the post we are talking about:

On Raksha Bandhan, Esha Gupta updated her feed with an adorable photo of herself and her siblings. “Our audition photo for a toothpaste commercial #colgatesmile, only love #rakshabandhan,” she wrote in the caption.

In terms of work, Esha Gupta made her debut in Bollywood with Jannat 2 in 2012. She has also starred in films such as Rustom, Commando 2, Total Dhamaal and Humshakals among others.