The Web Thinks Anushka Sharma Is The “Cutest” In This Pic 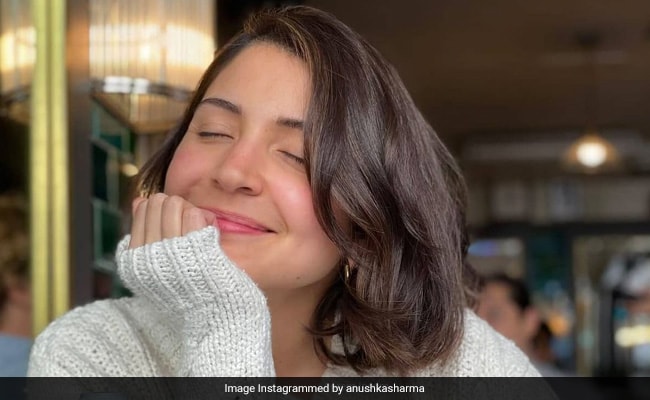 Hello there, Anushka Sharma. The actress lit up Instagram on Friday by sharing an adorable picture of herself from London and as per the Internet, she looks the “cutest” in it. Within minutes of sharing her photo, Anushka Sharma’s got reactions like “adorable” and “super cute” from her friends and fans, who also dropped red heart icons in the comments section. In the photo, the actress can be seen sitting in a restaurant and smiling with all her heart. She looks pretty in a white sweater. Sharing the photo, Anushka Sharma dropped a flower icon in the caption while posting the same picture on her Instagram story, she wrote: “Hi.” The photo appears to be from Anushka Sharma and Virat Kohli’s recent lunch date in London.

The reason we said that the aforementioned photo is from Anushka Sharma and Virat Kohli’s lunch date at a restaurant named Tendril Kitchen because the restaurant shared a similar picture of the couple on their unverified Instagram profile. Check it out here:

Recently, in an interview with fellow cricketer Dinesh Karthik, Virat Kohli shared how he and Anushka are “staying up to speed” with baby daughter’s schedule in London. He said: “Firstly now, with our daughter, it’s putting her to sleep, first thing. Then, stepping out for breakfast somewhere, grab a quick coffee in the time that we get. And then, come back to the room to be with our daughter again. Priority is obviously making sure that we stay up to speed with her schedule.”