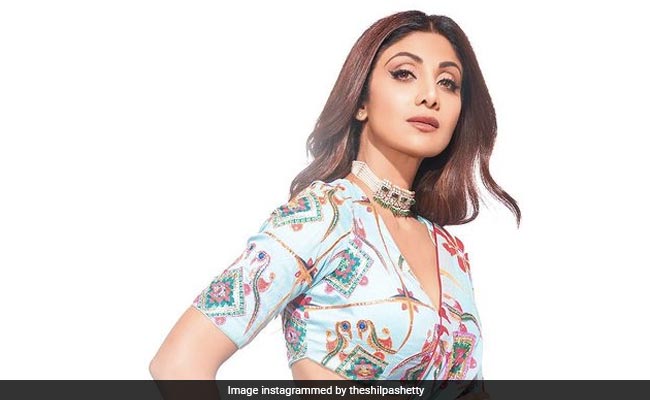 Shilpa Shetty, who often shares motivational quotes and tweets on social media, wrote about “moments that push you to the ground” and standing back up with “renewed determination and motivation” in an Instagram post on Tuesday. Shilpa Shetty’s post arrives after her husband and businessman Raj Kundra walked out of a Mumbai jail after he was granted a bail on a surety of Rs 50,000 by a magistrate court yesterday. He was arrested by the Mumbai Police in July in a case involving production and distribution of pornographic clips on mobile apps. Sharing a photo of herself practicing yoga, Shilpa Shetty wrote a note on “mental health” that read: “There are always going to be moments that push you to the ground. In times like these, I truly believe that if you fall seven times, make yourself strong enough to be able to stand back up eight times.”

She added: “This rise will demand a lot of courage, grit, will-power, and strength during some of your most difficult moments. But, these qualities will only make you more resilient and robust in this journey called life. You will come back with renewed determination and motivation.”

After a magistrate court in Mumbai granted a bail to Raj Kundra on Monday, Shilpa Shetty shared a quote about “beautiful things” after a “bad storm” by architect Roger Lee on her Instagram story. The quote read: “Rainbows exist to prove that beautiful things can happen after a bad storm.” 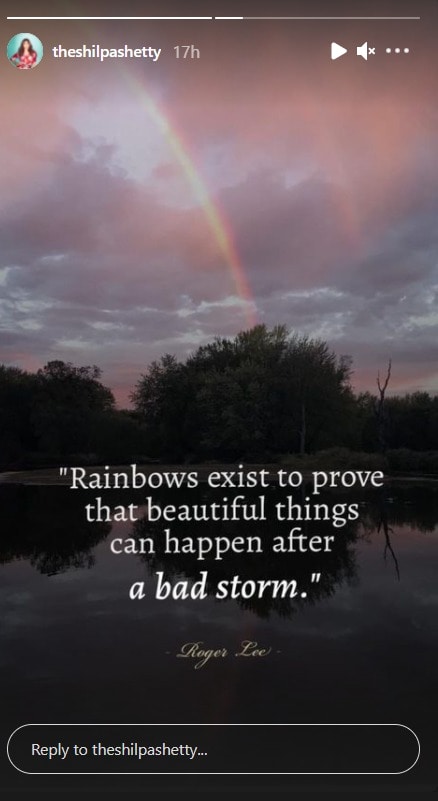 Shilpa Shetty took a break from work after Raj Kundra’s arrest in July. She resumed work in the second week of August.

Shilpa Shetty and Raj Kundra are parents to a son named Viaan and little daughter Samisha.