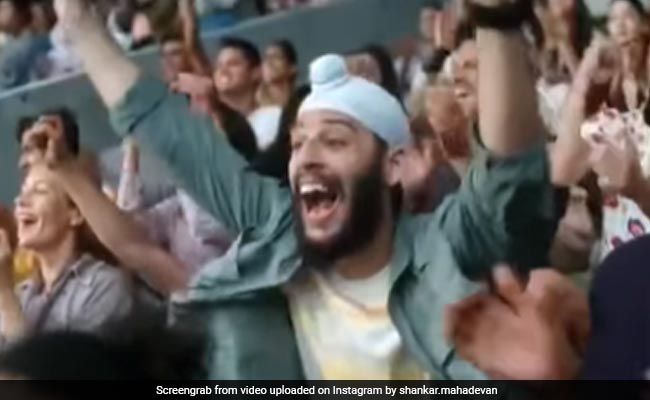 A still from the Cadbury ad. (courtesy shankar.mahadevan)

Confectionery giant Cadbury’s new advert is trending big time and for all the right reasons. While a section of the Internet was busy praising the gender-swap in the new rendition, another section has been talking about how nostalgic the advert is making them feel. Singer and music composer Shankar Mahadevan too, was excited to see the advert. Why, you ask? Well, to begin with, he sang for the track back in 1994 and the new version too has the same track that was used 27 years ago. Sharing the ad on his Instagram profile, Shankar Mahadevan wrote in his caption: “After 27 years it is back! The roles are reversed! The company has decided to retain the same song that I had had recorded then in 1994.” He signed off the post with, “Nostalgiaaaa.”

The comments section of Shankar Mahadevan’s post was filled up with comments. Singer Harshdeep Kaur wrote: “Wow! Brought back all the old memories.” Filmmaker Rakeysh Omprakash Mehra commented: “My my… Wow.” Another comment from a fan read: “Best, best, best.” Another Instagram user added, “legendary.” Another comment read, “Nostalgia on another level.”

The iconic ad, which first aired in 1997, featured model Shimona Rashi. The commercial was created by ad agency Ogilvy.

Shankar Mahadevan, along with his musical partners Ehsaan Noorani and Loy Mendonsa, has composed tracks for films like Bhaag Milkha Bhaag, Kal Ho Naa Ho, Dil Chahta Hai and Lakshya, to name a few. In the more recent years, they have made music for Meghna Gulzar’s Chhapaak, The Zoya Factor , Panga and Manikarnika: The Queen Of Jhansi.