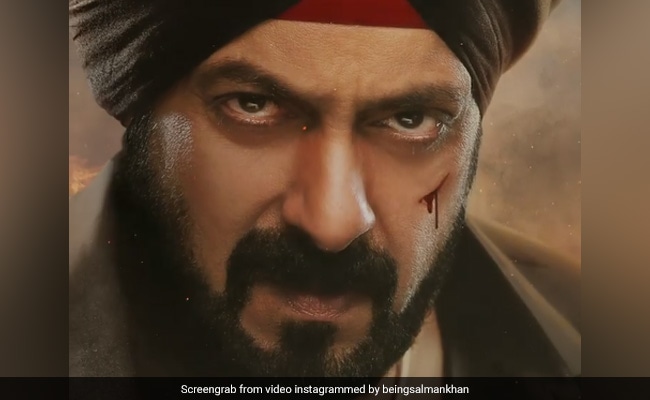 We have news for all the Salman Khan fans out there. The actor’s forthcoming project Antim, is all set to get a theatrical release. The film will hit the screens on November 26 this year. Salman Khan, sharing a motion poster of the film on social media on Tuesday evening, along with it wrote: “Antim releases in theatres worldwide on 26 November, 2021. It has been a great and cherished association with ZEE and Punit Goenka over the years having done many films Race 3, LoveYatri, Bharat, Dabangg 3, Kaagaz, Radhe and now Antim.” He signed off the post with these words: “I am confident he will take Zee to much greater heights in the coming years.”

In terms of work, Salman Khan is currently seen as the host of the TV reality show Bigg Boss 15. Salman Khan was last seen in the film Radhe: Your Most Wanted Bhai. The film, also starring Disha Patani, Randeep Hooda and Jackie Shroff, was Salman Khan’s third project with Prabhu Deva after Wanted (which released in 2009) and the 2019 film Dabangg 3. The actor will next be seen in Kick 2, with Jacqueline Fernandez and Tiger 3 with Katrina Kaif.

Aayush Sharma stepped into Bollywood with the 2018 film LoveYatri, co-starring Warina Hussain, which was produced by Salman Khan. The actor will next be seen in Lalit Butani’s It’s over, which will mark the debut of Katrina Kaif’s sister Isabelle in Bollywood.