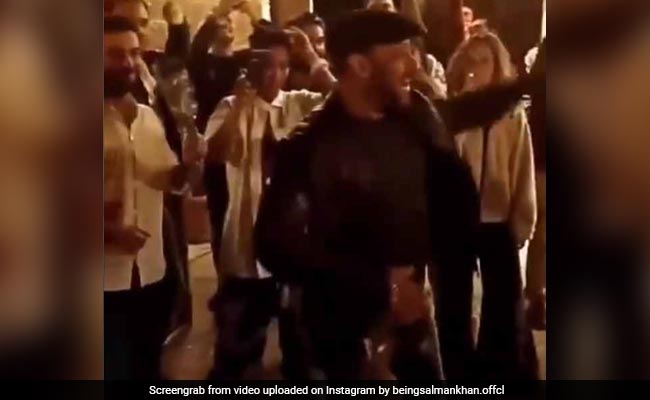 Salman Khan in a still from the viral clip. (Image courtesy: beingsalmankhan.offcl)

Salman Khan and his epic dance moves have taken the Internet by storm. The actor, who was filming Tiger 3 with Katrina Kaif in Turkey’s Cappadocia for quite some time, wrapped the shooting schedule of his film in the city with a party, a video of which has now gone viral on social media. Wondering why? Because it features Salman Khan dancing to the peppy beats of his song Jeene Ke Hain Chaar Din from his film 2004 film Mujhse Shaadi Karogi. He can be seen doing the hook step of the song in the viral clip. Mujhse Shaadi Karogi, directed by David Dhawan, also featured Priyanka Chopra and Akshay Kumar.

Salman Khan, on Monday, even posted a picture of himself from Cappadocia. “Sunrise…#Cappadocia #Turkey,” he captioned the photo.

And here’s what Katrina Kaif posted after completing the shooting schedule of Tiger 3 in Cappadocia:

Other than Tiger 3, Salman Khan also has Kick 2, co-starring Jacqueline Fernandez, and Antim: The Final Truth lined up. He co-stars with his brother-in-law Aayush Sharma in Antim. The theme of Antim is good vs evil – Salman Khan represents the former while Aayush Sharma is the menacing antagonist.