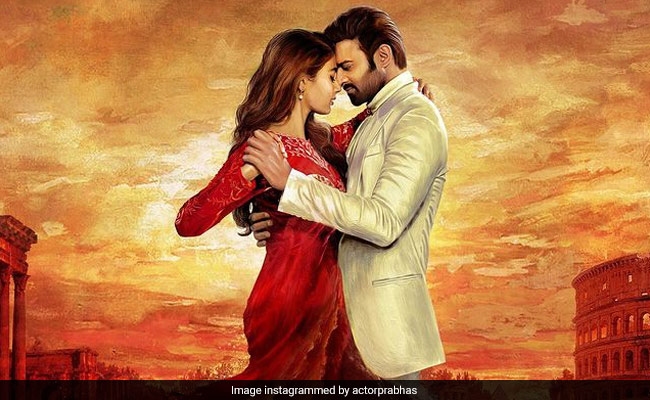 Radhe Shyam marks Prabhas and Pooja Hegde’s first film together and rumours about a speculated rift between the leading pair are doing the rounds already. However, in a statement released by the producers of Radhe Shyam – UV Creations – dismissed the rumours as “baseless”, reported Times Of India. “These reports are completely baseless.” The producers of Radhe Shyam stressed that Pooja Hegde and Prabhas share a great rapport both on and off screen: “Prabhas and Pooja Hedge have great respect and admiration for each other. In fact, they share a great camaraderie off-screen and that has translated into some magical onscreen chemistry,” TOI quoted the official statement as saying.

Addressing the rumours, which speculated about Pooja Hegde’s punctuality on sets, UV Creations further added that the speculative reports are nothing but “someone’s imagination”. Applauding Pooja Hegde’s professionalism, the producers added: “Pooja has always been very punctual for her shoots. She is very easy to work with. These rumours are merely a figment of someone’s imagination. All is well between the leading pair and the entire team is very excited to bring audiences a theatrical experience they won’t forget,” reported TOI.

Radhe Shyam marks Pooja Hegde and Prabhas’ first film together. The film also features Murli Sharma, Sachin Khedekar, Priyadarshi, Sasha Chettri, Kunaal Roy Kapur and Sathyan. Directed by Radha Krishna Kumar and produced by UV Creations, Radhe Shyam will release not only in Hindi but also in Telugu, Tamil and Malayalam. The Hindi version of the film will be presented by T-Series.

Radhe Shyam, which was initially supposed to release earlier, will now release worldwide on January 14 next year.