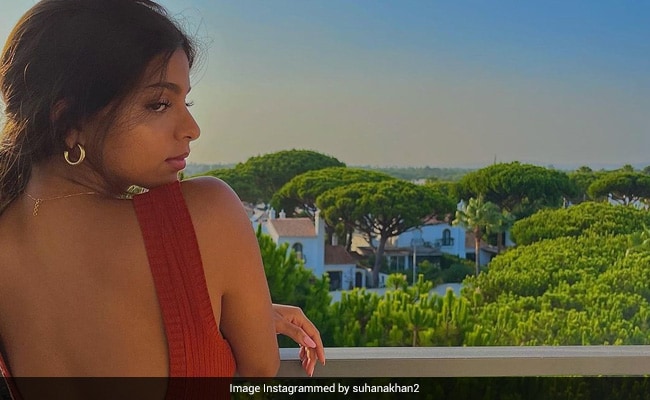 Suhana Khan left her friends and fans awestruck on Wednesday evening by sharing two stunning photos of herself on her Instagram profile. Suhana Khan, daughter of Shah Rukh Khan and Gauri, didn’t reveal her location in her post. She can be seen sporting a red dress and enjoying a breathtaking view in the pictures. Reacting to Suhana’s post, her BFF Shanaya Kapoor dropped red heart icons in the comments section. Shanaya’s mom Maheep Kapoor and Ananya Panday’s mother Bhavana Panday also dropped fire icons in their comments on Suhana’s post. Suhana, who is pursuing her higher studies in New York, shared the photo with this caption: “Huh?”

A few days ago, Suhana Khan treated her fans to amazing pictures of herself from Portugal. Take a look: 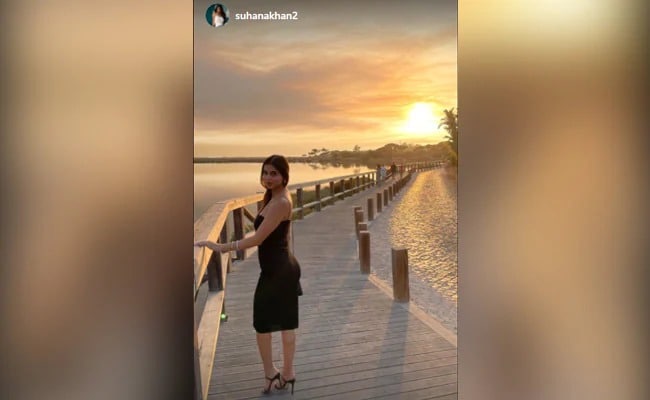 Suhana Khan’s mother Gauri is her in-house photographer. Recently, Gauri posted breathtaking pictures of Suhana against a blue backdrop and wrote: “Yes! Blue is my favourite colour.” Reacting to the pictures, in which Suhana looks pretty a white top and blue denim shorts while chilling by the pool, Shah Rukh Khan adorable wrote: “Whatever colour you take the picture in, and Suhana is in it….is our favourite colour.”

Suhana Khan studied films at England’s Ardingly College and is currently a student at the New York University. In the past, Suhana featured in several theatre shows and also in a short film titled The Grey Part Of Blue.