On Ayushmann Khurrana’s Birthday, A Glance At His 10 Absolute best Movies 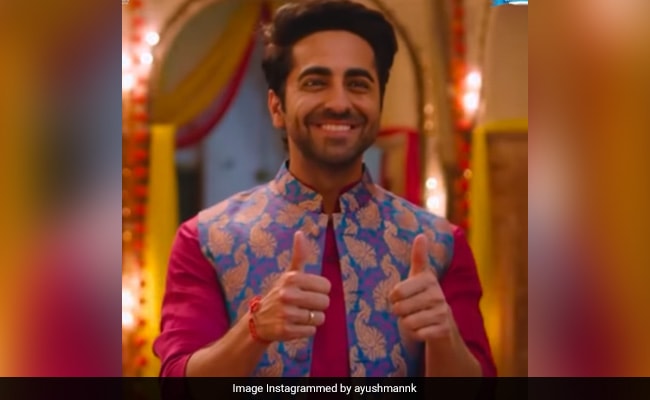 Ayushmann Khurrana turns a year older today, and wishes are flowing in from all quarters. The performer’s large fan following comes as no surprise given just how talented he is. Ayushmann entered Bollywood like a breath of fresh air with Vicky Donor in 2012. And the audience was divided: did they love his acting more or his singing? It has proved to be a tough choice, ever since. Now, nine years later, Ayushmann is one of the most successful and versatile actors in the Hindi film industry. The actor has carved a niche for himself by telling extraordinary stories.

On his birthday, we take a look at 10 of the actor’s best films and tell you why you must watch them (or watch them again).

This film features Ayushmann Khurrana as a musician and a blind pianist at that. While this would have been enough to bring the audience to the theatres, Andhadhun broke records thanks to its impeccable storytelling and a narrative that had us on the edge of our seats. While the audience knew that they should not be rooting for Ayushmann’s Akash Saraf, who is feigning his blindness, the reviews and responses to the thriller showed that we were all team Ayushmann.

In his very first film, Ayushmann Khurrana did the unthinkable by playing a sperm donor. The film broke barriers and launched Ayushmann has the talent to watch out for. Also, who can forget the soulful Pani Da Rang composed and sung by Ayushmann Khurrana?

The film saw the debut of Bhumi Pednekar in the role of an overweight woman and Ayushmann Khurrana as her far from likeable, reluctant husband. As a couple coming to terms with their feelings and the societal standards of beauty and strength, the audience fell in love with the duo and their story.

Badhaai Ho is a poignant tale of love, acceptance and family. In the film, Ayushmann Khurrana plays the role of a 25-year-old son embarrassed by the fact that his middle-aged parents are expecting a child. Ayushmann’s journey from a disgruntled son to an accepting support system for his parents forms the crux of the story.

Like in Vicky Donor, Ayushmann Khurrana picked a subject that deserves attention and gave it an entertaining spin. The film features him as Mudit Sharma, a young man battling erectile dysfunction before his impending marriage.

In the film, Ayushmann Khurrana plays Ayan Ranjan, a police officer fighting caste-based oppression and a system that he himself is a part of.

The film focussed on the love story of two men fighting to find acceptance for themselves in a society that considers them an anomaly.

In Bala, Ayushmann Khurrana proved that he is not afraid of veering away from traditional “hero” roles by choosing to play a man who is ashamed of being bald.

This movie is another fun ride that features Ayushmann Khurrana as a man whose female voice impersonation lands him a well-paying job but begets unwarranted attention from his callers.

Set in Kolkata, Bengaluru and Mumbai, this film is the perfect date-night watch with a loved one.

Tell us which Ayushmann Khurrana film you are going to watch today.