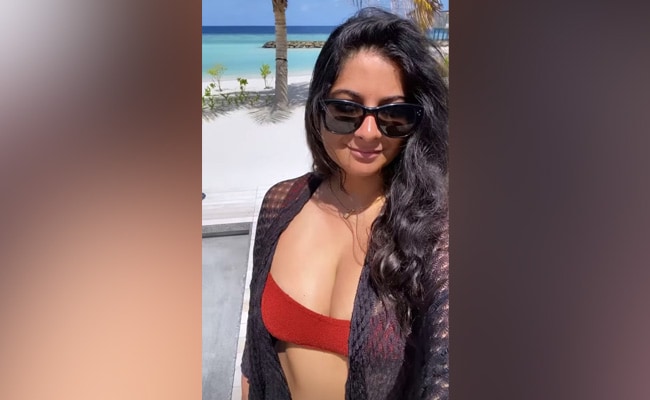 Newlywed Rhea Kapoor is having the time of her life in Maldives. The film producer has actively been sharing pictures from her holiday with husband Karan Boolani. On her Instagram stories, she posted snippets from her holiday in the Maldives, the view she woke up to and some goofy albeit adorable selfies with Karan Boolani. No caption needed. A few days ago, Rhea posted a picture of herself chilling in a swimming pool and she added an ROFL caption with it. “Left the kids at Nani’s house,” she captioned her post. 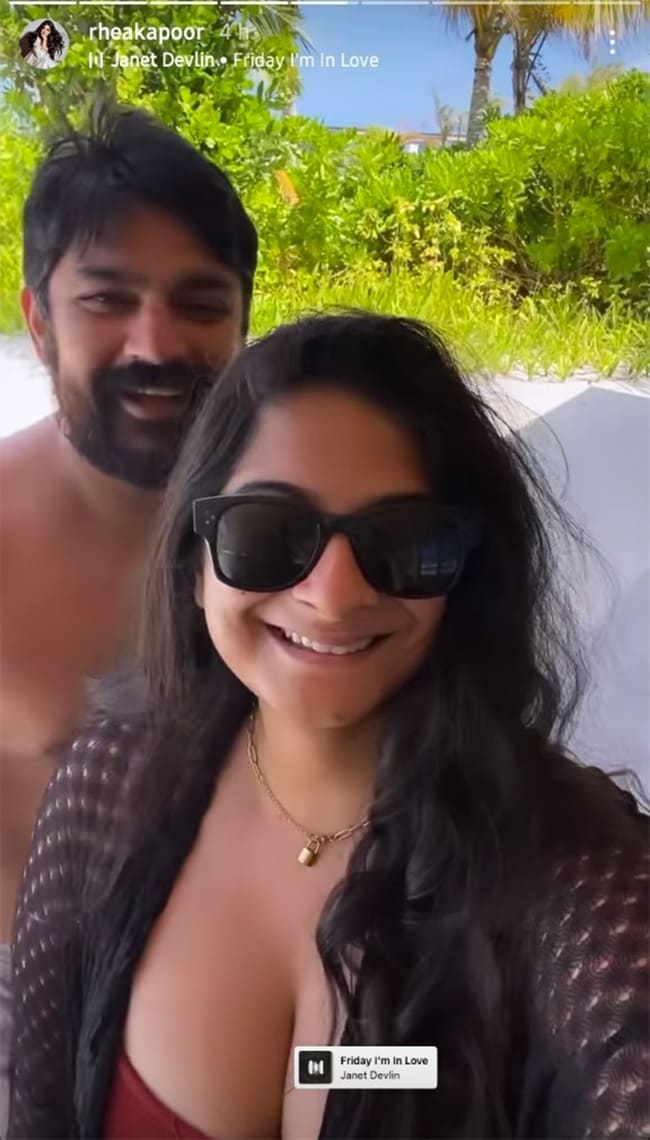 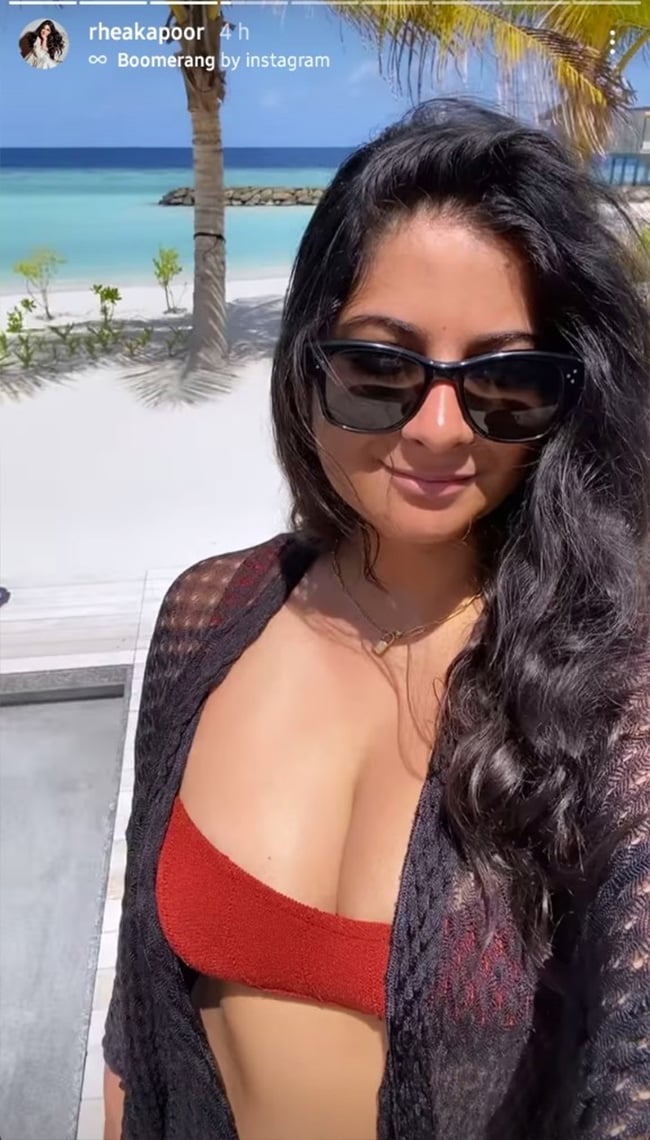 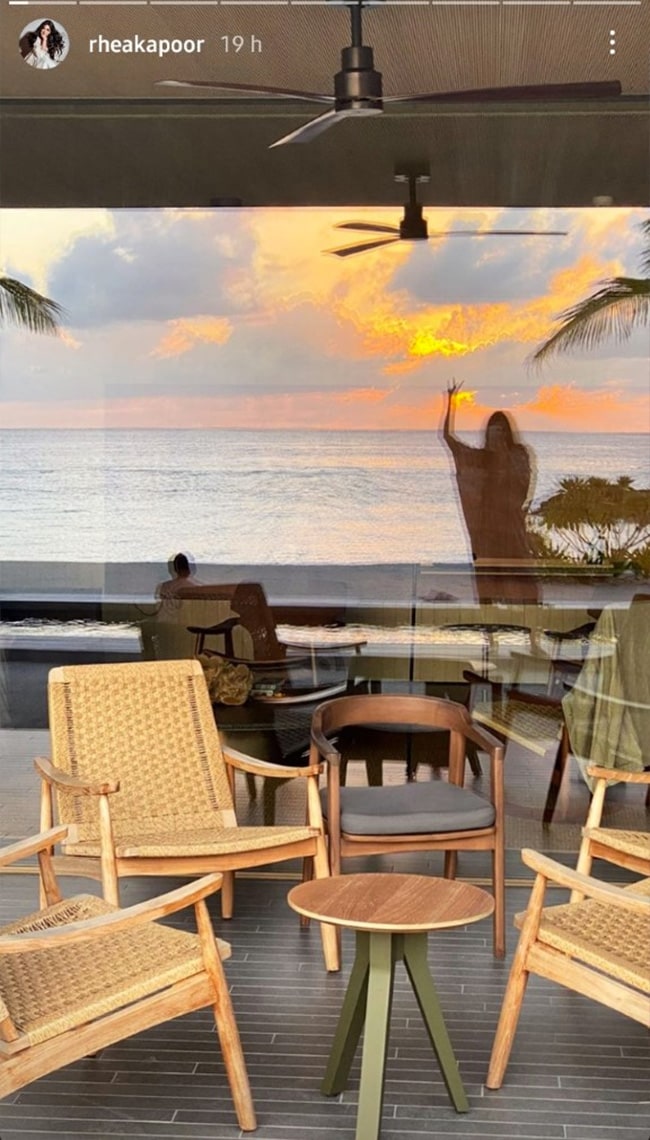 Film producer Rhea Kapoor and Karan Boolani’s wedding was a hush-hush affair. The couple got married at Anil Kapoor’s Juhu residence in the presence of a few family members last month.

Apart from being a film producer, Rhea Kapoor is also a stylist (largely for her sister Sonam Kapoor). She has co-produced films such as Aisha, Khoobsurat and Veere Di Wedding, all three starring Sonam Kapoor. The sister-duo also runs an apparel brand called Rheson, which was launched in 2017. Karan Boolani worked as an assistant director with Rhea Kapoor on the 2010 film Aisha.