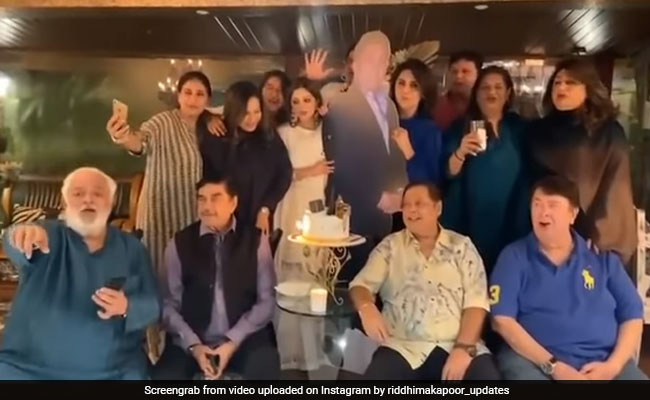 Neetu Kapoor, who lost her husband Rishi Kapoor last year, celebrated the actor’s birth anniversary with a birthday party. The get-together, hosted by Neetu Kapoor, was also attended by the likes of Rishi Kapoor’s brother Randhir Kapoor and friends Shatrughan Sinha and David Dhawan, among others. Neetu Kapoor shared glimpses of the celebrations on her Instagram stories and it reminded us of a Kapoor And Sons moment – Neetu Kapoor posed with a life-size cut out of Rishi Kapoor for the group photo. Also, it was the birthday cake that stole the show. The cake had everything that Rishi Kapoor was fond of – from a whisky bottle and mutton curry bowl to a Twitter logo and a guitar, it was a birthday cake Rishi Kapoor would have loved. 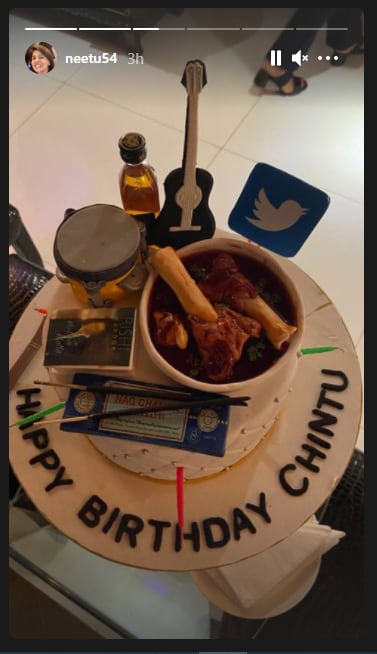 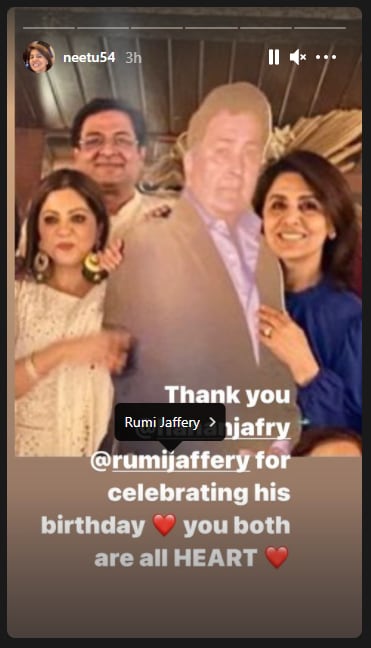 On the morning of Rishi Kapoor’s birth anniversary, Neetu shared an emotional note, writing about the time the actor underwent treatment in New York: “I learnt a lot from Rishi Ji during our last few traumatic years in NYC… how we celebrated when his blood counts were high, we dined shopped laughed. In his lows, we just stayed home watched TV, ordered in amazing food and still had some wonderful moments in hope that the next round of chemotherapy he would be better.”

Rishi Kapoor died in Mumbai on April 30 after battling cancer for two years. He was 67. Rishi Kapoor is often remembered by Neetu Kapoor in her posts on Instagram with heart-touching notes about the value of loved ones. “End of our story,” she had written in her good bye note to Rishi Kapoor.