“My Siblings Have Been The whole thing,” Arjun Kapoor Writes In His Raksha Bandhan Put up 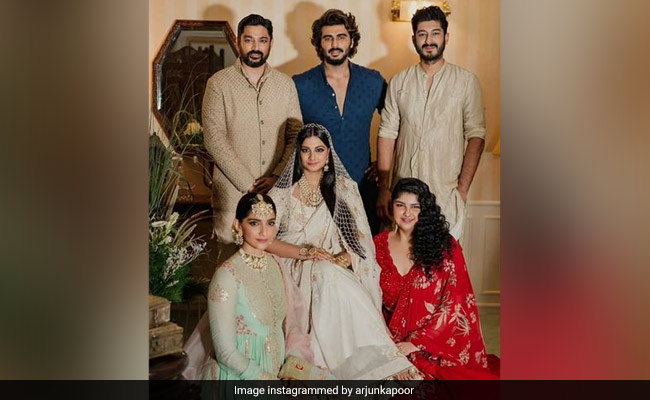 Actor Arjun Kapoor is a complete family man. Don’t believe us? Just take a look at his social media posts. When not discussing work, the actor is happy to talk about his loved ones. Occasionally, the actor also shares some lovely images in which he features with his family members. And, the actor did not hold back on the occasion of Raksha Bandhan. To mark the festival that celebrates the special bond between brothers and sisters, the actor penned a special note on Instagram. He coupled this with a bunch of pictures of himself along with his siblings and cousins. This includes actors Sonam Kapoor, Janhvi Kapoor, producer Rhea Kapoor among others.

In the special post, Arjun Kapoor began by referring to Rhea Kapoor’s wedding that was held last week and what the milestone meant to him and the Kapoor family. In the heartwarming note, he said, “So last week one of my sisters got married and it made me realise how quickly life changes. So many variables and possibilities are on the horizon for all of us, but what keeps us grounded always is one constant – brothers and sisters.”

Arjun Kapoor further added that his siblings have always been an irreplaceable part of his life. “As long as I can remember my siblings have been everything in my life and may that always continue… Here’s to my brothers and sisters – Happy Raksha Bandhan. Love you all.”

The first one of the many photos that Arjun shared is from Rhea Kapoor’s wedding to filmmaker Karan Boolani. The picture features Arjun Kapoor, Rhea Kapoor, Karan Boolani, Sonam Kapoor, Anshula Kapoor and Mohit Marwah. In the next image, he is seen alongside his sisters Anshula, Janhvi Kapoor and Khushi Kapoor. Cousins Shanaya Kapoor, Harshvardhan Kapoor and Jahaan Kapoor also make an appearance in the photos, some of which are vintage throwback images.

Arjun Kapoor was last seen in the film Sandeep Aur Pinky Faraar opposite Parineeti Chopra. He will be seen next in Bhoot Police alongside Saif Ali Khan, Yami Gautam, and Jacqueline Fernandez.