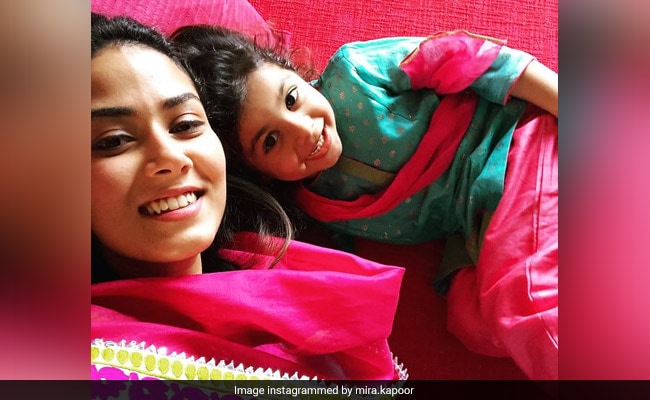 Mira Rajput’s latest Instagram story is all about her and Shahid Kapoor’s daughter Misha, who turned 5 on Thursday. On her Instagram story, Mira shared a special note for the birthday girl and she wrote in it: “Our life began to play technicolour when you were born my darling Misha.” She accompanied it with a heart emoji and wrote, “Keep shining, be happy and reach for the stars and the rainbows. You are the light of our lives sweetheart. The Lord’s grace in abundance and love forever. Mumma and Papa.” 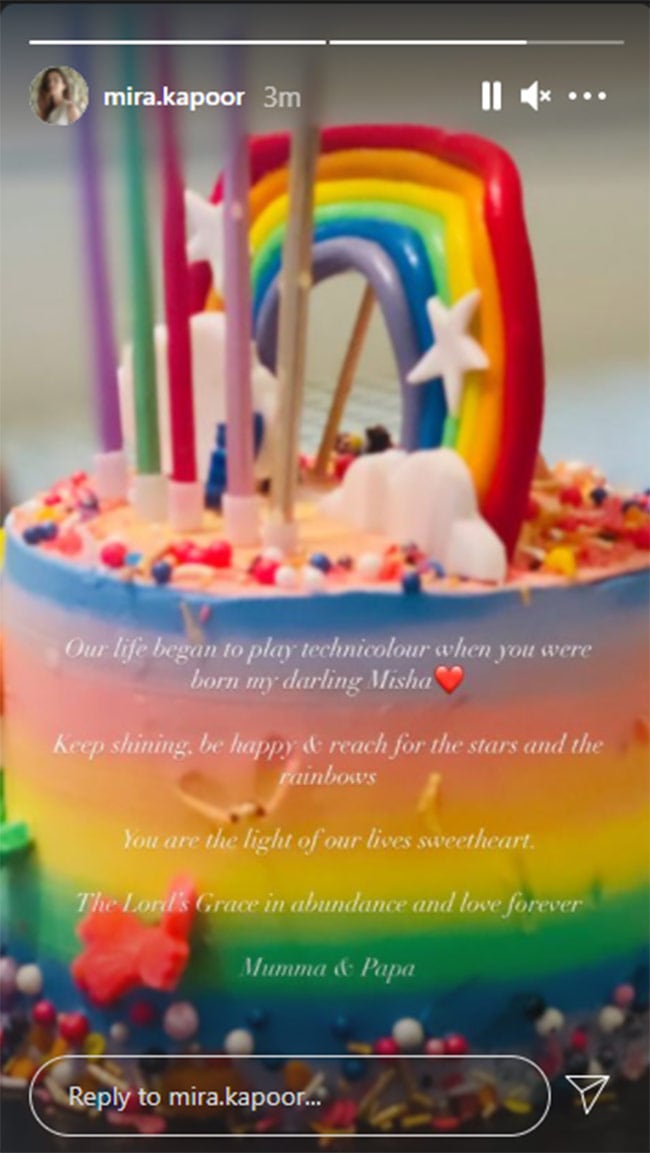 Every time Misha makes appearances on her parents’ social media profiles, we love it. See some of the posts shared by Mira and Shahid that feature their daughter Misha.

Shahid Kapoor, son of actors Pankaj Kapur and Neelima Azeem, married Mira Rajput in July in 2015. Their daughter Misha was born a year later in August. Shahid and Mira are also parents to a son named Zain, who they welcomed in the year 2018.

Shahid Kapoor is a star of critically acclaimed as well as hit films like Udta Punjab, Haider, Jab We Met, “Padmaavat” and Ishq Vishk. His last film was the 2019 hit Kabir Singh |, co-starring Kiara Advani. The actor will next be seen in Jersey, in which he plays the role of a cricketer.