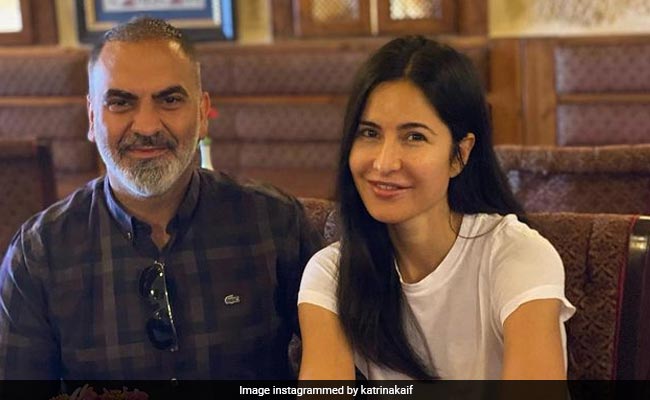 Katrina Kaif, who completed the shooting schedule of Tiger 3 with Salman Khan in Turkey’s Cappadocia recently, bid farewell to the city on Monday. The actress and Salman Khan were shooting for the third installment in Kabir Khan’s Tiger films series in Cappadocia for a few days. They flew to Russia to film Tiger 3 last month and moved to Turkey from there earlier this month. In her latest post on Instagram, Katrina Kaif posted a picture of herself and Yakup Dinler, who is the Chairman of the Board of Directors of KAPTID, an association of Cappadocia Touristic Hoteliers and Operators. Sharing the picture, Katrina Kaif also thanked the hotel where she was staying in Cappadocia. “Bye bye Cappadocia. Yakup Dinler, thank you for all your hospitality.”

Earlier in the day, Salman Khan gave us a glimpse of a gorgeous sunrise in Cappadocia. Check out his post here:

Before Cappadocia, Salman Khan and Katrina Kaif were shooting for Tiger 3 in Turkey’s Istanbul. See Katrina’s beautiful pictures from the city here:

Meanwhile, also take a look at what Katrina Kaif shared from Russia while filming Tiger 3: