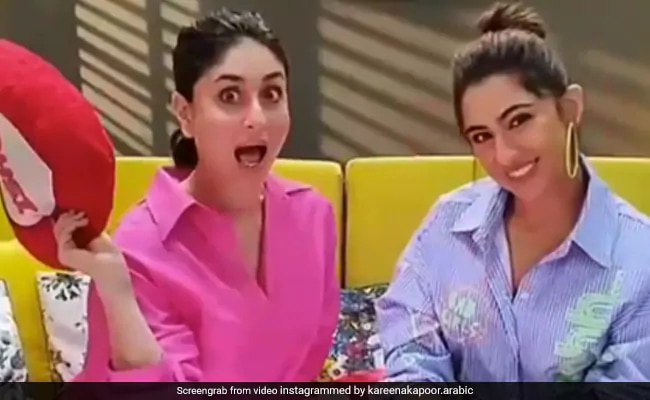 Happy Birthday, Sara Ali Khan! Thee actress, who turned 26 today, has been thanking friends, fans and family members on social media for all the wishes. Kareena Kapoor, who is married to Sara’s dad Saif Ali Khan, shared a picture of the birthday girl on her Instagram story and she wrote: “Happy birthday beautiful. Have the best one ever.” She added a couple of heart emojis along with it. Sara Ali Khan, responding to Kareena’s greeting, wrote in her Instagram story: “Thank you,” adding hug emojis. Kareena Kapoor and Sara Ali Khan frequently trend for their Instagram exchanges.

This is how Sara Ali Khan thanked Kareena: 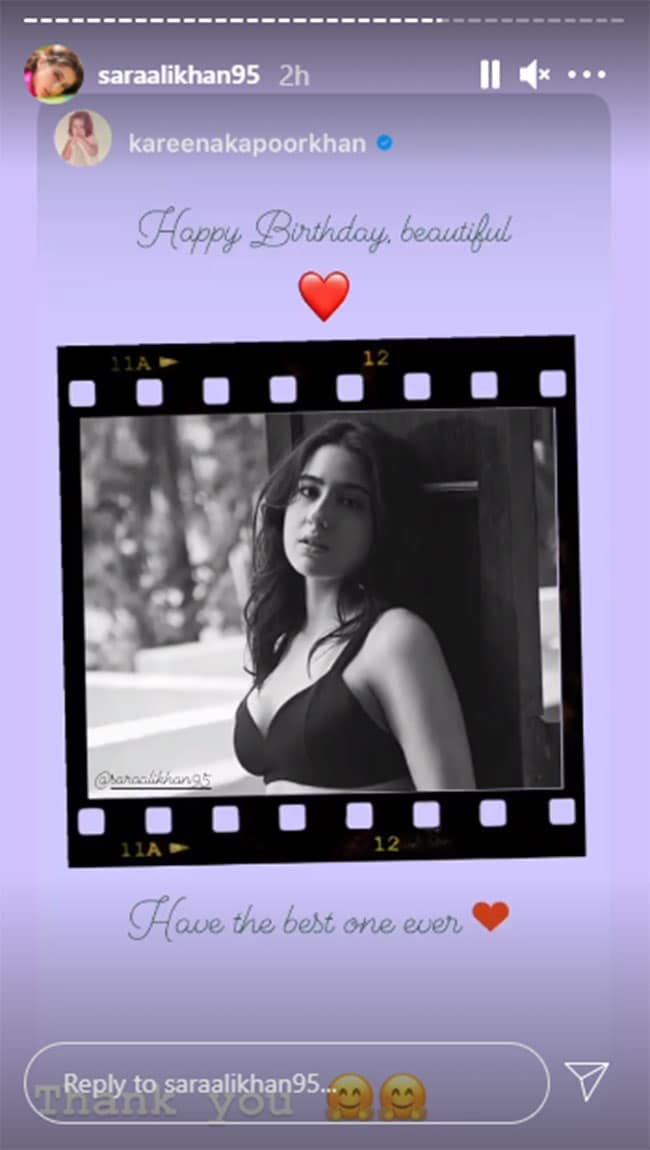 Sara Ali Khan, on her birthday, shared this super curt Reel on Instagram and wrote: “Quarter century over! 26 years of living, laughing and loving.”

Kareena Kapoor’s upcoming project is Laal Singh Chaddha, opposite Aamir Khan. She was last seen as a host of her talk show What Women Want Season 3. Kareena Kapoor will also co-produce a film with Ekta Kapoor.

Sara’s upcoming project includes Atrangi Re, co-starring Akshay Kumar and Dhanush. She was last seen in Coolie No 1 remake, co-starring Varun Dhawan. The actress, who made her Bollywood debut in 2018, has featured in films such as Kedarnath (her debut film), opposite late actor Sushant Singh Rajput, Simmba, co-starring Ranveer Singh and Love Aaj Kal with Kartik Aaryan.