Kareena Kapoor Is Logging Her Maldives Holiday, Selfie By means of Selfie 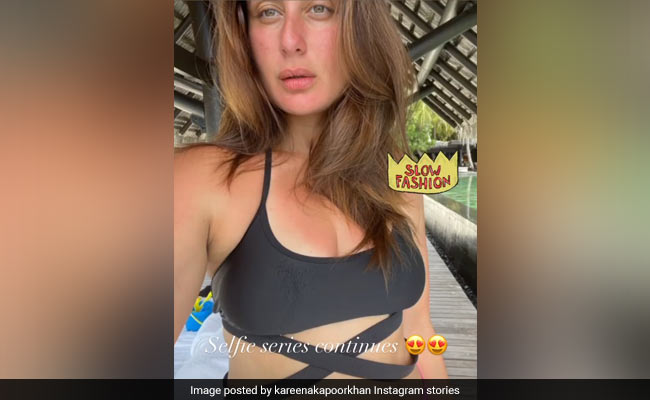 Kareena Kapoor, who is making every moment count in the Maldives currently, shared another selfie from the beach destination and we can’t even. The actress is vacationing in the Maldives with husband Saif Ali Khan and their two sons – Taimur and baby Jeh. On Thursday, Kareena posted a stunning photo of herself in black beachwear with her hair worn loose and wrote: “Selfie series continues.” The picture, which shows Kareena Kapoor’s preference for “slow fashion,” appears to be from the resort the actress and her family are currently staying in. Check out Kareena Kapoor’s new photo from her holiday here: On Wednesday, Kareena posted this beautiful photo of herself from the Maldives. 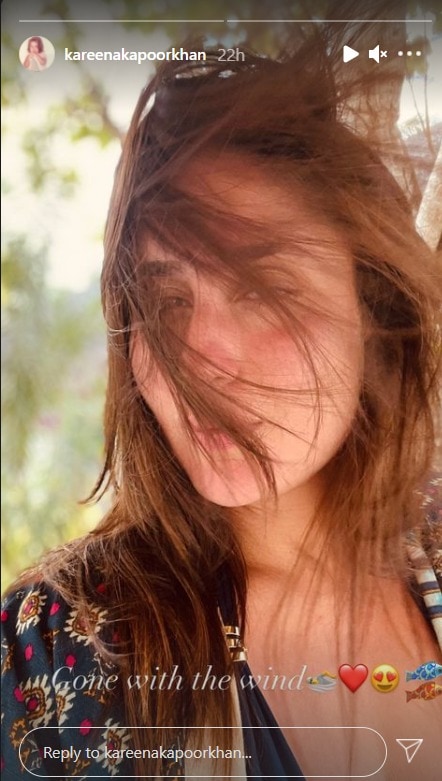 The actress started her Maldives vacation diaries on Instagram with a birthday post for her husband Saif. The photo features Kareena happily posing with the actor and their kids. “Happy Birthday to the love of my life… To eternity and beyond with you is all I want,” she wrote in the caption.

Kareena Kapoor, who welcomed baby Jehangir in February this year, launched her book titled Kareena Kapoor Khan’s Pregnancy Bible before heading to the Maldives. While talking to NDTV, the actress opened up about Taimur’s bond with Jeh and said: “We were worried at first that if he would be slightly jealous or that slightly feeling of, like there is someone new in the house but you know, Taimur is so wonderful that he is actually protective about him now. When one or two of his friends come over now, he is like, ‘Have you seen my brother? Have you seen him, have you said hello to him?’ This is the way he asks his friends. We also tease him sometimes, we tell him like shall Saif, me and him go on a holiday, I will ask him and he will be like, ‘No, not without Jeh’. He is protective, he has got that older brother vibe.”

Kareena Kapoor was last seen in Angrezi Medium. Her next film will be Karan Johar’s period drama Takht and Aamir Khan’s Laal Singh Chaddha. Lal Singh Chaddha is slated to release on Christmas this year.

She also turned producer recently. Her production venture, co-produced by Hansal Mehta and Ekta Kapoor, is based on real events.