“Is There Anything else Extra Embarrassing?”: Khushi Kapoor’s Awkward Second 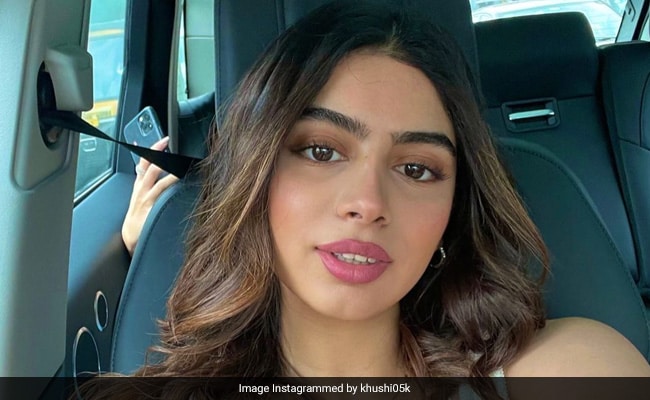 Khushi Kapoor is a diva in the making. The stunner is already a social media sensation thanks to her real and raw Instagram posts. On most days, Khushi leaves us in awe of her beauty as she drops one glamorous photo after another. On other days, she shares images with her family and friends. No matter what the post is, we can trust Khushi to leave us smiling with her witty captions. Latest on the list of such social media uploads is a car selfie that Khushi shared with her trademark fun caption that made us say, “We know that feeling.”

In her caption, Khushi Kapoor wrote, “Is there anything more embarrassing than making eye contact with people while taking car selfies.” Relatable, isn’t it? Dressed in a simple white T-shirt, Khushi looks lovely as ever.

The post had fans and friends rushing to the comment section. On top of the pile is a response from Khushi Kapoor’s friend, Navya Naveli Nanda. Navya, who is the granddaughter of actors Amitabh Bachchan and Jaya Bachchan, wrote, “Haven’t understood this at all.” Khushi Kapoor’s aunt Maheep Kapoor dropped a heart and a heart-eye emoji.

In another image that she shared recently, Khushi Kapoor is seen with her cousin Shanaya Kapoor. Sharing the image, Khushi let two emoticons do all the talking. She dropped angel and devil emoticons as her caption, leaving us to guess who’s who. Reacting to the post, Shanaya Kapoor wrote, “Honey,” with heart emojis. Maheep Kapoor said, “My girls.”

In addition to her stunning selfies, Khushi Kapoor is often seen in photos with her sister, actress Janhvi Kapoor. Sharing a pic of the two smiling for the camera, Khushi wrote, “Love you sometimes.”