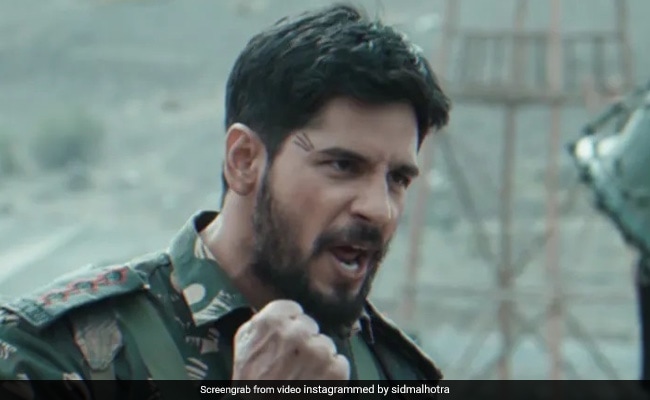 A still from Shershaah. (courtesy sidmalhotra

Happy Independence Day. It is that time of the year again when we honour the sacrifices of our forefathers. Come August 15, and the air is filled with slogans and chants in praise of our motherland even as the sense of pride of being an India reigns unparalleled. While celebrations are bound to be muted this year in light of the pandemic that has swept across the world, there is no harm in huddling up with your loved ones in the safety of your homes and celebrating the day. And what better way to celebrate the country than watch the stories of our greatest heroes and characters that embody the essence of India.

Even if you are in the mood to explore some fun films that tell you stories from different parts of the country and the world, there are enough options thanks to a plethora of new releases. To make your job easier, we have curated a list of 10 such movies you can enjoy this Independence Day.

1. Bhuj: The Pride of India

The film featuring Ajay Devgn in the lead role narrates the destruction of the IAF airstrip at Bhuj in combat during the 1971 Indo-Pak war and how it was resurrected thanks to an extraordinary display of grit and courage by ordinary people. You can watch it on Disney+ Hotstar.

Another film that is right up the Independence Day alley is Shershaah, the movie based on the life of Kargil hero Captain Vikram Batra. The film, which is available on Amazon Prime Video, features Sidharth Malhotra in the lead role. The film is a tribute to Vikram Batra’s indomitable spirit and what better day than Independence Day to honour his sacrifice.

Malayalam movies seem to be the toast of the town thanks to some amazing releases in the recent past. An able addition to the list comes in the form of Kuruthi which features actors Prithviraj Sukumaran, Mamukkoya and Roshan Mathews in pivotal roles. The film may serve as just the right reminder of us being stronger when we are united. You can watch it on Amazon Prime Video.

This thriller features superstar Nayanthara in the lead role. In it, she plays the role of a visually impaired person who is up against a serial killer. With some amazing stunts and a nail-biting storyline that the trailer promises to us, this Tamil film will make for a perfect family watch. Watch it on Disney + Hotstar.

Beckett, on Netflix, features John David Washington as an  American tourist whose life takes a turn when he goes to Greece for a vacation. With a political conspiracy that threatens his life, this is as much a thriller as it is a tale of survival.

This Indian-American film that traces the life of a teenager who falls in love with music after an encounter with a DJ, is a perfect option if you want to watch a movie with your kids. With Abhay Deol playing the role of a single father, the movie promises to deliver much more than just a good few hours of fun. You can watch it on Disney+Hotstar.

If teenage rom-coms are what you prefer, then we have good news for you. Netflix is back with the third film from the Kissing Booth franchise. In the final instalment of the series, the lead characters are heading to college and are faced with some new and many familiar challenges.

Though the film was released in theatres in March, it is possible that many of us gave it a miss due to the pandemic. But the film is back on our screens from August 14 on Amazon Prime Video and will be available in English, Hindi, Tamil and Telugu languages.

This anthology on Netflix brings the who’s who of the Tamil film industry together. With the likes of Suriya, Revathi, Prakash Raj, Arvind Swami, Vijay Sethupathi, Siddharth, among others, the project has a stellar cast. The movie, which is produced by Mani Ratnam and Jayendra Panchapakesan, explores the concept of the nine basic rasas or emotions that a human being experiences. It was conceptualised as a means to support film industry workers impacted by the pandemic.

10.The Last Letter from Your Lover

We are ending the list with a story on love and loss. Starring Felicity Jones, Callum Turner, Joe Alwyn, Nabhaan Rizwan and Shailene Woodley in pivotal roles, this film will leave with a smile on your face. You can watch it on Netflix.

So no matter what your tastes are, there is something for you to sit back, relax and watch with your loved ones.