In Salman Khan’s Quest For “The Ultimate Fact”, Aayush Sharma Is The Face Of Evil 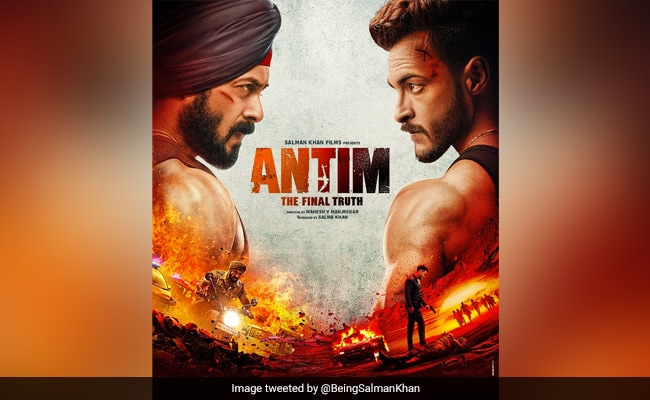 Salman Khan and Aayush Sharma finally treated fans to the first poster of their much awaited action movie Antim: The Final Truth. Antim marks the first time Salman Khan will co-star with his brother-in-law Aayush Sharma, who is married to Arpita Khan. While sharing the first poster of Antim, Salman Khan revealed the theme of the movie and wrote: “Burayi ki ant ka shuruwat. Ganpati Bappa Maurya (The beginning of the end of evil. Ganpati Bappa Maurya.” Aayush Sharma is the face of evil in Antim. In his post, he described the movie as a “dream come true” experience: “Aaj mere liye bohot bada din hai, ummeed hai ke aap sab ko ye poster pasand aaye. Sapne kabhi kabhi sach bhi hot hai (Today is a big day for me, hope you all like this poster. Dreams do come true some times).”

The Antim first poster reveals Salman Khan plays the role of a cop while Aayush has been cast as a menacing antagonist. The poster comes with a dramatic backdrop of raging fire – Salman, dressed in police uniform, can be seen racing a bike while Aayush shoots down people.

Ahead of the first poster, the first look of Antim: The Final Truth was shared by the makers last year. The teaser featured an intense action packed scene starring the two lead actors. Aayush Sharma underwent massive transformation for his role in the movie.

Antim: The Final Truth is being directed by actor-filmmaker Mahesh Majrekar, who has worked with Salman Khan in Dabangg. Mahesh Manjrekar’s daughter Saiee Manjrekar made her Bollywood debut with Dabangg 3 in 2019, co-starring Salman Khan.

Kevin Feige Sought after All The OG Avengers To Die In Avengers: Endgame