How Sonam, Khushi, Shanaya And Others Lit-Up Rhea Kapoor And Karan Boolani’s Reception 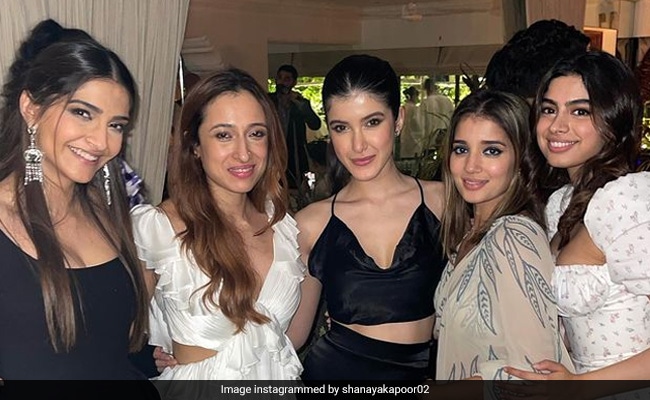 Anil Kapoor’s daughter and film producer Rhea Kapoor, who got married to longtime boyfriend Karan Boolani in an intimate ceremony on Saturday night, hosted a reception party on Monday night which was attended by close friends and family members. Besides Rhea’s siblings, her cousins Janhvi, Arjun, Khushi and Shanaya Kapoor were also present at the bash. So was filmmaker Farah Khan and designer Masaba Gupta. Shanaya, posting pictures from the party, wrote on Instagram: “Favs.” Farah Khan too shared pictures with the father of the bride Anil Kapoor, and brother of the bride Arjun Kapoor.

Here’s a picture of Sanjay Kapoor posing with brother Anil and son Jahaan:

“With brother of the bride! Arjun Kapoor demonstrates art of cropping a photo. Just push the other person out. Sorry Kunal Rawal,” wrote Farah Khan.

Rhea Kapoor, daughter of Bollywood veteran Anil Kapoor and jewelry designer Sunita Kapoor, besides being a film producer, is also a stylist (largely for her sister Sonam Kapoor). She has co-produced films such as Aisha, Khoobsurat and Veere Di Wedding, all three starring Sonam Kapoor. The sister-duo also runs an apparel brand called Rheson, which was launched in 2017.