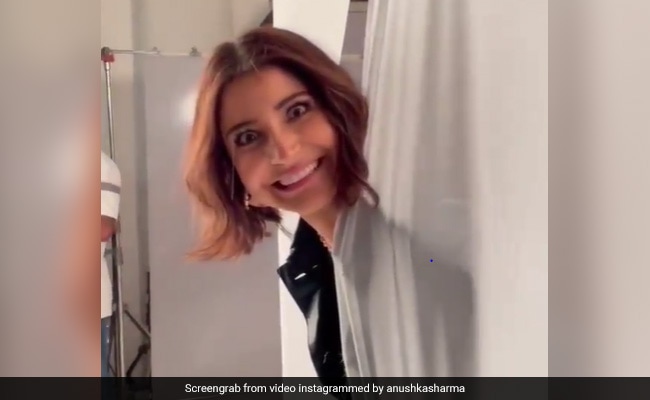 Anushka Sharma in a still from her clip. (Image courtesy: anushkasharma)

Trust Anushka Sharma to make work more fun on sets. The reason we are saying this is because, on Tuesday, the actress shared a glimpse of her set life and it will make you ROFL. Anushka, in her goofy avatar, can be seen peeking out from behind a white curtain and turning towards the camera with a grin on her face in the clip. Her caption nicely explained her hilarious clip. Sharing the video, Anushka Sharma wrote: “Did anyone say pack up?” and added a laughing icon. We feel you, Anushka Sharma. Her fans dropped laughing, as well as heart eye emojis in the comments section.

Earlier in the day, Anushka Sharma was pictured on the sets of an advertisement shoot in Mumbai’s BKC. She looked cute in a striped t-shirt and jeans. 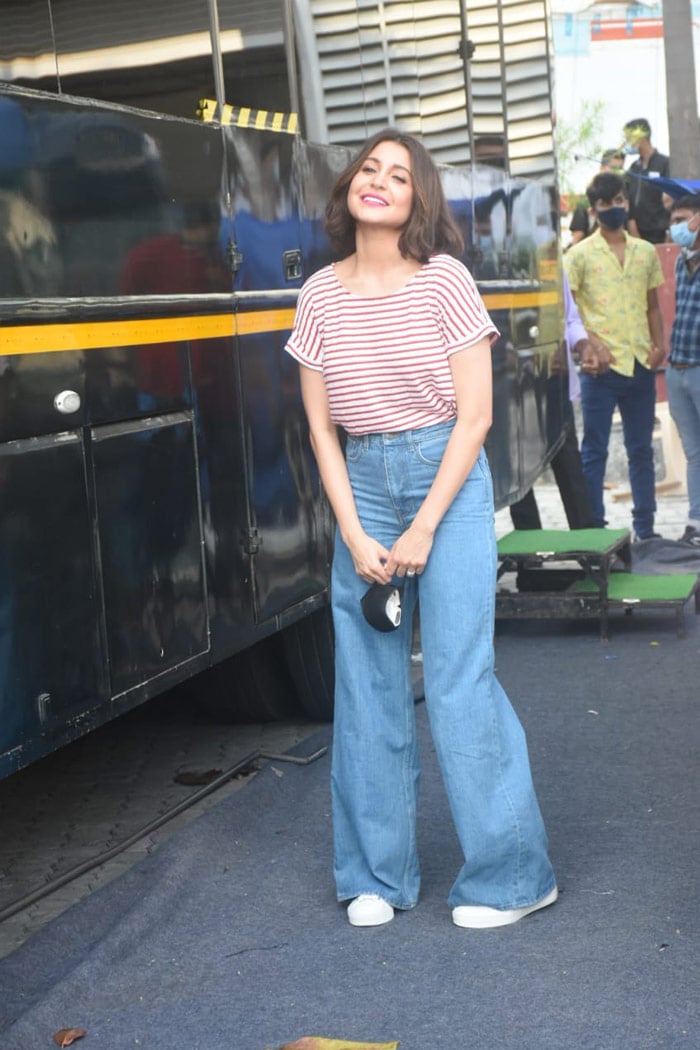 Ever since Anushka Sharma has returned to work after flying back to India from the UK, she has been sharing glimpses of her work life. Like on Monday, the actress posted this super adorable photo of herself. Isn’t she the cutest? Take a look at her post:

Anushka Sharma is married to cricketer Virat Kohli. The couple welcomed their first child, a daughter named Vamika, in January this year.