“He Has No longer Requested For Her Hand In Marriage” 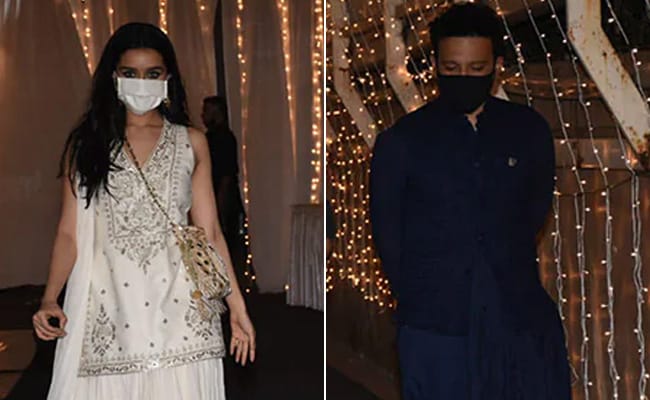 Actor Shakti Kapoor, in a recent interview with Spotboye, opened up about daughter Shraddha Kapoor’s rumoured wedding to photographer Rohan Shreshtha and said that they aren’t getting married anytime soon as he “has not asked for Shraddha’s hand in marriage.” Shraddha Kapoor and Rohan Shreshtha are rumoured to have been dating for quite some time now. Rohan even attended Shraddha’s cousin Priyaank Sharma’s wedding party with the actress in Mumbai earlier this year. Addressing rumours about Shraddha and Rohan’s wedding, Shakti Kapoor told Spotboye: “Rohan is a family friend, I have known his father for many, many years. Rohan visits us often, but he has not asked for Shraddha’s hand in marriage.”

“And besides, today children decide these things on their own. If Shraddha tells me that she has chosen a life partner for herself or even if Siddhant does, I will readily agree. Why will I refuse? But at this point, they are focused on their careers. Marriage is an important decision, and the way people are breaking up, it bothers me sometimes. One has to be sure before making a decision like that,” added Shakti Kapoor.

Shraddha Kapoor and Rohan Shreshtha have been spotted together many times in Mumbai. They were pictured exiting a restaurant in March this year.

In the aforementioned interview, Shakti Kapoor also said that he supports the decisions his daughter and son Siddhanth make about their personal and professional lives. “I have never stopped Shraddha or Siddhanth (son) from following their dreams. Many people ask me if I stopped Shraddha from becoming an actress, but that is not true. I want her to shine and do well – she is such a hard-working and talented girl. I call her my ‘golden girl’. She has made it on her own in Bollywood,” he told Spotboye.

In terms of work, Shraddha Kapoor will next be seen in a Luv Ranjan film opposite Ranbir Kapoor. She also has Chaalbaaz In London lined up. Shraddha Kapoor has also been roped in to portray the “icchadhari nagin“, a folklore character seen in movies such as Sridevi’s 1986 film Nagina and its sequel Nigahen: Nagina Part 2, in a Naagin trilogy.