From Tanuja’s Birthday Festivities With Kajol And Tanishaa 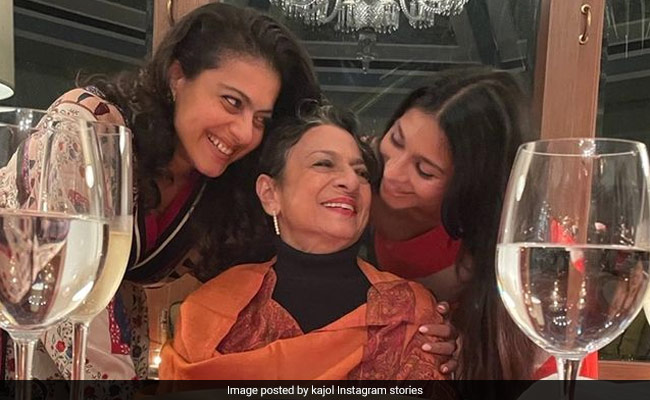 On her mom and veteran actress Tanuja’s 78th birthday, Kajol posted pictures from the festivities on social media. On her Instagram story, Kajol shared a picture of her mother Tanuja and sister Tanishaa and she wrote: “Love and happiness always the best filter.” In an Instagram post, Kajol wrote for her mother:”Happy happy birthday… Celebrations continue.” She added the hashtags #thruthelens #loveshinesthru #threeofakind. She also posted a special video and she wrote: “The real amazing woman in my life. Cheerleader to life coach and my best friend. Lucky to be your daughter. I love you mommy. Happy Birthday.” 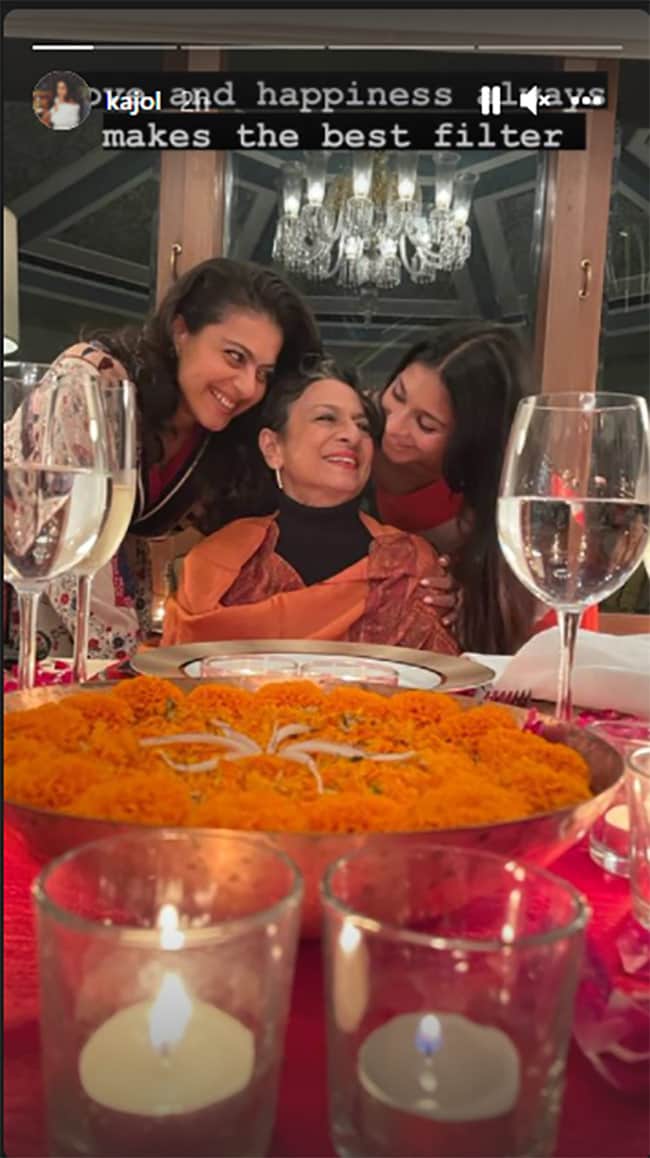 These are the posts Kajol shared:

Tanishaa too posted a happy picture with her mom Tanuja and sister Kajol and wrote: “Happy birthday my darling mom! Thank you Kajol for making this happen!#thisisus.”

Tanishaa and Kajol’s mother Tanuja is a veteran actress who has featured in some of the most iconic films in Bollywood. Her filmography includes classics like Haathi Mere Saathi, Bandish, Anokha Rishta, Jewel Thief, Jeene Ki Raah, Suhaagan, Swarg Narak and Anubhav to name a few.

Kajol  was last seen in the Netflix film Tribhanga, which marked her digital debut. Produced by Ajay Devgn, Tribhanga was directed by Renuka Sahane and it also starred Tanvi Azmi and Mithila Palkar. She also starred in the short film Devi last year.

Tanishaa Mukerji stepped into Bollywood with the 2003 film Sssshhh… She later starred in films such as Popcorn Khao! Mast Ho Jao, Tango Charlie and Neal ‘N’ Nikki among others. She also participated in reality TV shows such as Bigg Boss 7 and Fear Factor: Khatron Ke Khiladi 7.