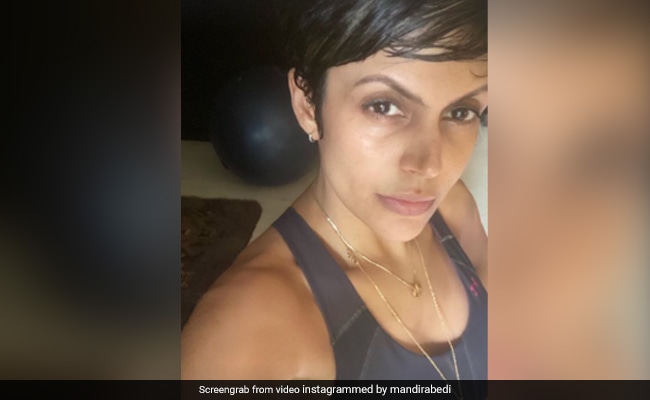 Mandira Bedi, in her latest Instagram story, shared a picture from what appears to be a post-workout session. The actress accompanied her selfie along with the hashtag #Beginagain and she wrote in her post: “Finding my feet.” She often shares pictures from her daily workout routines. She often posts self-affirmation notes on the photo-sharing application. Mandira Bedi lost her husband and filmmaker Raj Kaushal about a month ago. He died due to a cardiac arrest at the age of 49 in Mumbai. 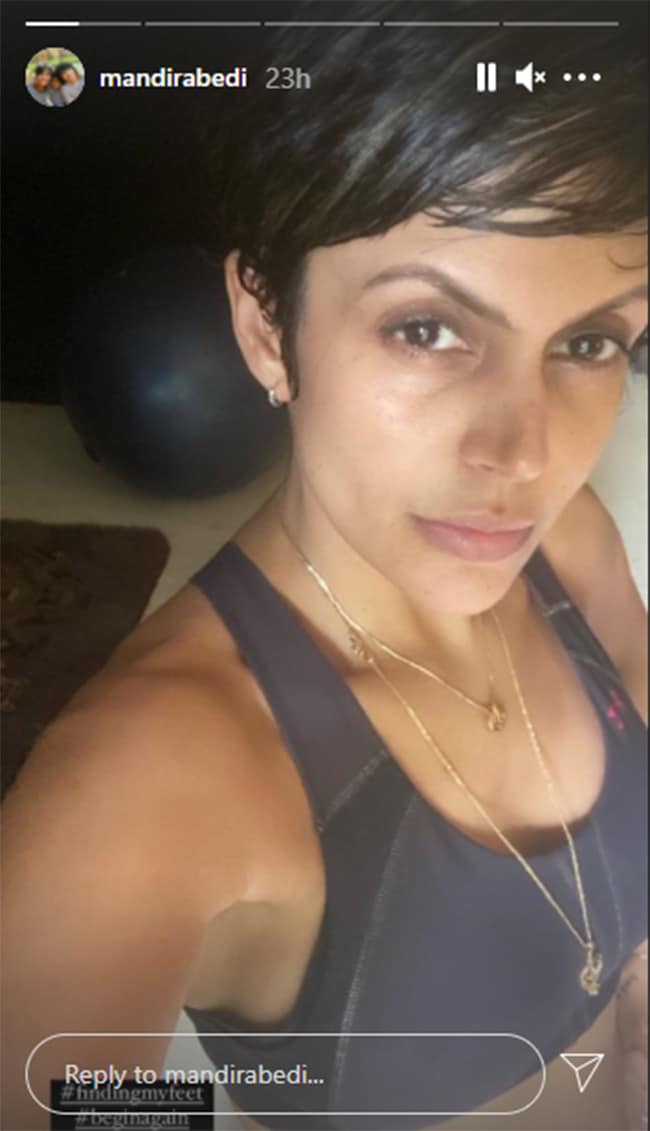 Last month, Mandira Bedi shared a special post on her daughter Tara’s 5th birthday and she wrote: “8th July ! One year today since you came into our lives, sweet, sweet Tara.. And so we celebrate you today. It’s your 5th birthday, my baby. I love you so much. #beginagain.”

Mandira Bedi  was married to late filmmaker Raj Kaushal. Their son Vir, 10, was born in 2011. Mandira and Raj Kaushal, who previously revealed they wanted to adopt a daughter, welcomed Tara into the family in July last year. She is 5.

Mandira Bedi has featured in popular television shows like CID, 24 and Kyunki Saas Bhi Kabhi Bahu Thi and is best-known for her titular role in Shanti. She was also a part of Shah Rukh Khan and Kajol’s Dilwale Dulhania Le Jayenge. Mandira Bedi has also hosted shows such as Fame Gurukul, Indian Idol Junior and India’s Deadliest Roads. She also featured in both the seasons of the web-series Thinkistan. She was last seen in the multilingual 2019 thriller drama Saaho, which starred Prabhas and Shraddha Kapoor in the lead roles.