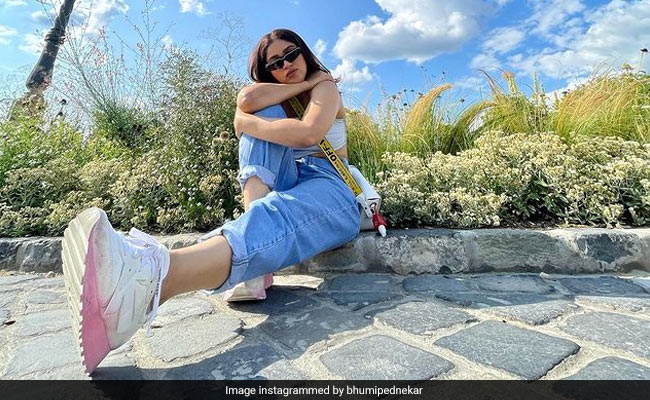 Redefining sibling goals and travel goals at once, actress Bhumi Pednekar and sister Samiksha Pednekar are living their best life while on vacation. The sisters have taken the picturesque city of Budapest in Hungary by storm going by the pictures and videos shared by Bhumi Pednekar on her Instagram timeline. From eating delicious food, to sightseeing and watching fireworks together, the two sisters are enjoying the tourist life on their holiday and we approve. In the caption alongside the carousel of pictures and videos she shared, Bhumi Pednekar wrote, “Vaca photo dump part I” along with the hashtags ‘Budapest’ and ‘BP Travels’. The Dum Laga Ke Haisha actress’ fans and followers dropped several hearts and heart-eye emojis in the comments below her post.

A few days ago, Bhumi Pednekar who has been busy with a tight schedule, thanks to her upcoming projects posted a sun-kissed selfie in which she looked radiant. In the caption, Bhumi Pednekar wrote, “Mentally on a beach somewhere,”  as she also posted a sun and beach icon along with a white heart emoticon.

Bhumi Pednekar made her Bollywood debut in 2015 with a romantic comedy film Dum Laga Ke Haisha co-starring Ayushmann Khurrana. Her upcoming project is titled Raksha Bandhan, directed by Anand L Rai. In it, she will appear with Akshay Kumar who was her co-star in the film Toilet – Ek Prem Katha in 2017.