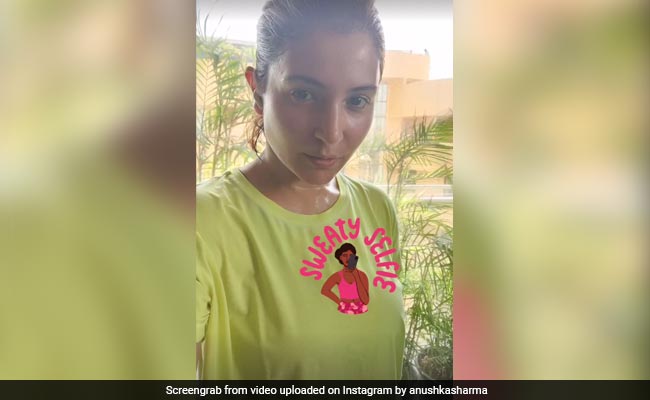 Anushka Sharma, who is back in Mumbai from the UK, shared a “sweaty selfie” on her Instagram story after a workout session on her Instagram story. The actress, who was in the UK with baby daughter Vamika and husband Virat Kohli for Team India’s five-match Test Series with England, came back to Mumbai recently. On Wednesday afternoon, she shared a photo of herself from what appears to be the balcony of her Mumbai home and wrote: “Sweaty selfie.” She looks pretty in a neon top in the picture with her hair tied in a pony. Before the selfie, Anushka shared her current view of Mumbai beach. 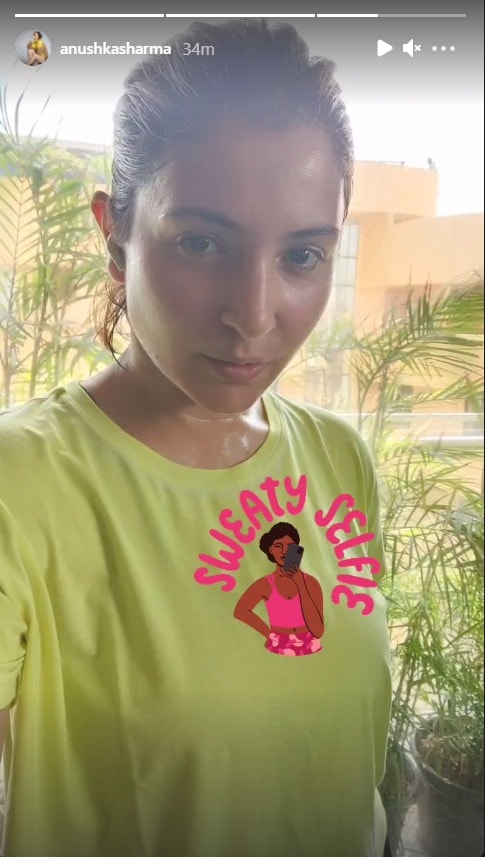 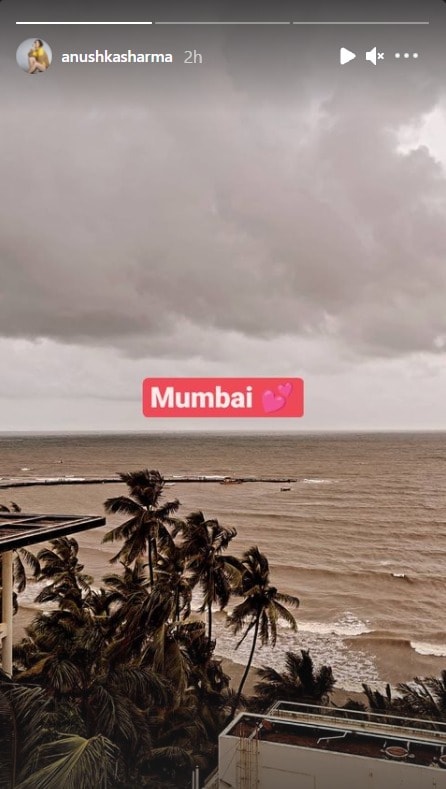 Recently, Anushka Sharma supported her husband Virat Kohli after he announced that he will be stepping down as India’s T20I Captain after the ICC T20 World Cup. Virat, who was leading Team India when it won the five-match series against England at The Oval earlier this month, shared a statement last week that read: “I have decided to step down as the T20 captain after this T20 World Cup in Dubai in October.” Anushka shared his statement on her Instagram story with a red heart icon. Virat, who is the captain of IPL’s Royal Challengers Bangalore, will also step down from the team’s captaincy after this IPL season. 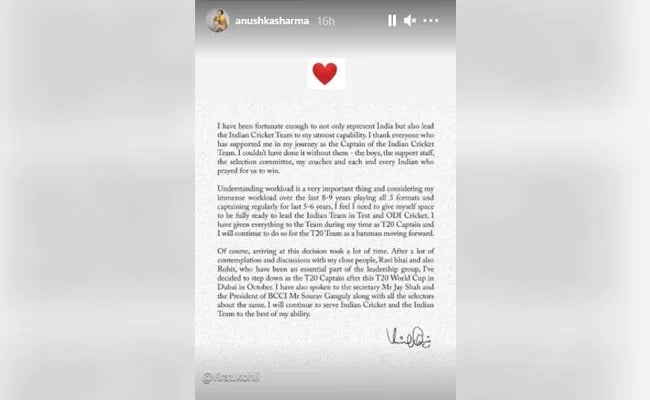 For the last few months, Anushka Sharma shared stunning and adorable pictures of herself from England. Check them out here: