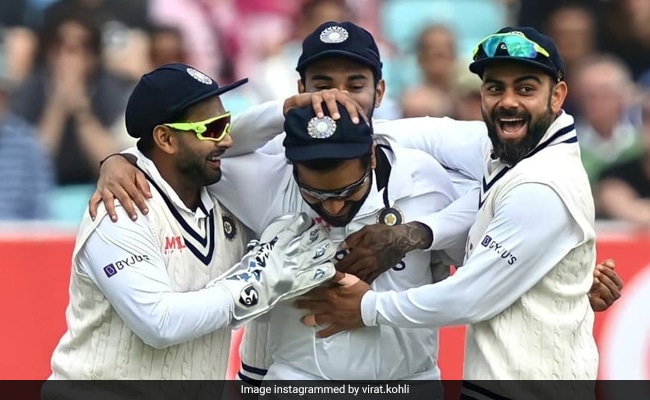 After Team India’s impressive victory in the 4th Test of the five-match series against England at The Oval on Monday, cricketer Virat Kohli’s wife and actress Anushka Sharma gave a big shout out to all the players on Instagram. The victory marks Team India’s first win over England at The Oval after 50 years. The team, under Virat Kohli’s captaincy, won the match by 157 runs. They have now taken a 2-1 lead in the five-match series. Sharing a photo of Team India on her Instagram story, Anushka Sharma wrote: “This team” and dropped a blue heart icon. See her Instagram story here: 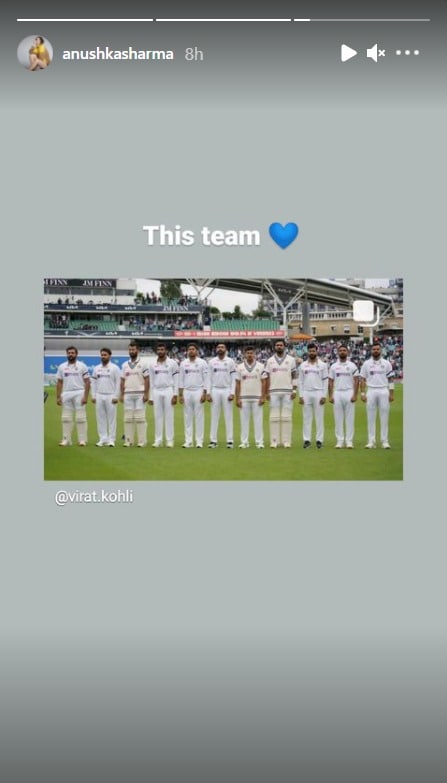 Virat Kohli celebrated the victory by sharing a set of pictures of himself and his teammates from the cricket field at The Oval and accompanying them with an inspirational note. He wrote: “Tough situations build strong people. Onto the next one. #TeamIndia.”

Anushka Sharma flew to England with her husband Virat Kohli and their little daughter Vamika earlier this year for the Test match series.

Recently, in an interview with fellow cricketer Dinesh Karthik, Virat Kohli shared how he and Anushka are “staying up to speed” with baby daughter’s schedule in London. He said: “Firstly now, with our daughter, it’s putting her to sleep, first thing. Then, stepping out for breakfast somewhere, grab a quick coffee in the time that we get. And then, come back to the room to be with our daughter again. Priority is obviously making sure that we stay up to speed with her schedule.”