Amitabh Bachchan Remembers His “First Activity” In A Coal Corporate 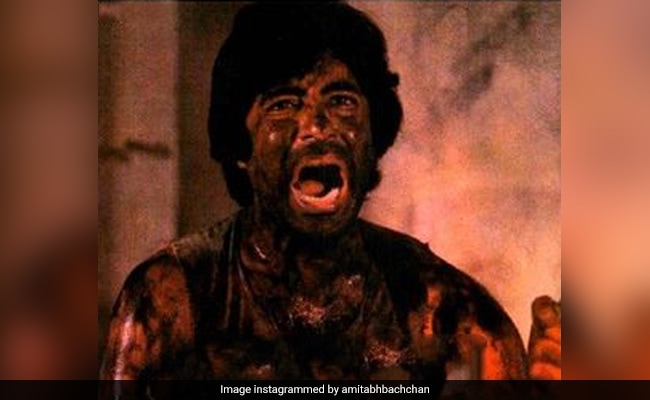 Amitabh Bachchan and Shashi Kapoor’s 1979 film Kaala Patthar completed 42 years this month. On Tuesday, marking 42 years of the film that released in theatres on August 9, Amitabh Bachchan shared a picture collage comprising his stills from the Yash Chopra-directed film and shared that he worked as an official in the coal department of a company in Kolkata for around 7-8 years before stepping into the entertainment industry. Kaala Patthar, produced and directed by late filmmaker Yash Chopra, was loosely based on the Chasnala mining disaster and Big B played the role of an ex-Navy Captain working in a coal mine in the film. “42 years of Kaala Patthar! phew! Been a while,” wrote the actor in his caption and added: “And so many incidents in the film from my personal experiences when I worked in the Coal Department of my Calcutta Company, my first job before joining the movies… actually working in the Coal mines in Dhanbad and Asansol.”

Big B had earlier also, on one episode of his quiz show Kaun Banega Crorepati 12, revealed that he was employed in the coal department of a Bengal company in the Sixties. The actor stepped into Bollywood with the 1969 film Saat Hindustani.

Back in 2018, Amitabh Bachchan shared a tweet and added that “many incidents in Kaala Patthar were recreations of my own experiences at coal mines when I worked in Kolkata.”

T 2832 – 37 years of Kala Patthar ..!! many incidents were recreations of my own experiences at coal mines when I worked in Kolkata !! pic.twitter.com/c3RViVz5UB

After Saat Hindustani, Amitabh Bachchan starred in many hits such as Anand, Bawarchi, Zanjeer, Bombay To Goa, Namak Haraam, Saudagar, Deewaar, Sholey, Mili, Kabhi Kabhie, Don and Muqaddar Ka Sikandar, among many others.