Advised Farhan Akhtar Dil Chahta Hai Would Be Cult, He Laughed At Me: Preity Zinta 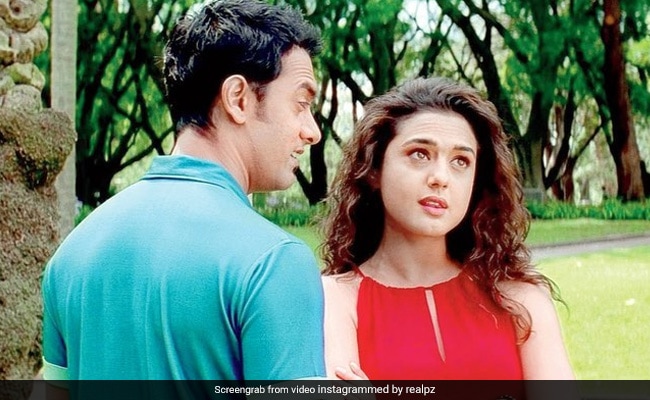 Preity Zinta and Aamir Khan in a still from the video.(Image courtesy: realpz)

Farhan Akhtar’s film Dil Chahta Hai clocked 20 years today and actress Preity Zinta, who played a pivotal role in the movie, marked the day with a special Instagram post. Dil Chahta Hai revolved around the story of three friends played by Aamir Khan, Akshaye Khanna and Saif Ali Khan. Preity played the role of Aamir Khan’s love interest in the film. The 46-year-old actress dropped a clip featuring stills from the movie on Instagram. She complemented the video with a short note about her experience of working in Dil Chahta Hai. In the beginning of the note, Preity Zinta termed the feeling of “celebrating 20 years of Dil Chahta Hai” as “surreal.” Preity wrote: “This is surreal, celebrating 20 years of Dil Chahta Hai.” She went on to recall having fun on the set of the film. “I remember Farhan Akhtar telling me that whenever he makes a film, he would love for me to be a part of it. A few months later, we signed on for Dil Chahta Hai and we had so much fun on set,” she wrote.

Going down memory lane, Preity Zinta recalled telling Farhan Akhtar, on the first day of the shoot that Dil Chahta Hai “will be a cult film.” She wrote: “I told Farhan on the first day of shoot, that this will be a cult film and he laughed at me. Today after all these years I’m so proud of the film we made,” she wrote. “I have so many fond memories from the shoot and always have a big smile on my face when I remember those mad days. Thank you to everyone at Excel Entertainment and to the cast n crew for making this film into such an incredible experience for all of us,” she added.

Dil Chahta Haimarked Farhan Akhtar’s first film as a director. It also marked the first film to be produced under the banner of Excel Entertainment, which is co-owned by Farhan Akhtar and Ritesh Sidhwani.

Dil Chahta Hai follows the story of three best friends navigating through their romantic relationships that put their friendship to test. The film emerged as a major hit back in 2001. It opened doors for more slice of life dramas in Bollywood.

(Except for the headline, this story has not been edited by NDTV staff and is published from a press release)