A Love Tale Is Stunning 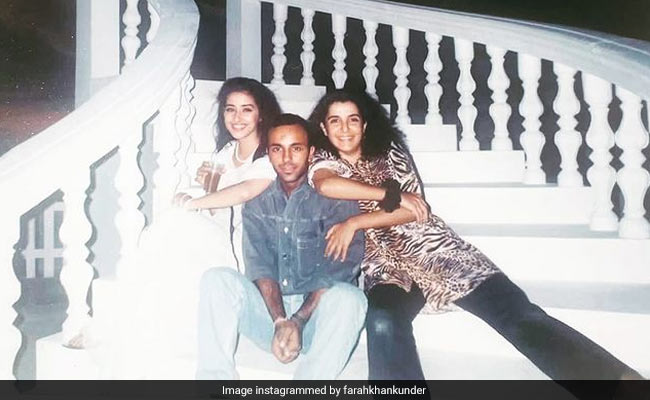 Thank you, Farah Khan, for blessing our Instagram feed with a beautiful throwback picture. Her “Monday Memories” has delighted us. The photo is from the sets of the film 1942: A Love Story, featuring Anil Kapoor and Manisha Koirala.In the frame, we can spot Manisha Koirala, film’s producer Vidhu Vinod Chopra’s nephew Vikram Chopra and Farah Khan. It was clicked when the team was shooting for the song Kuch Na Kaho, sung by Kumar Sanu. Farah Khan, who is known for her humour, gave a cheeky twist to the picture as she wrote, “Monday Memories. That’s the beautiful Manisha Koirala and unbelievably the skinny girl is me with Vicky aka Vikram Chopra…Goofing as always on the song shoot of 1942: A Love Story.”

Farah Khan also posted an image with the “father of the bride” Anil Kapoor and wrote, “Congratulations, Papaji”.

Let’s come back to Farah Khan’s fun throwback pictures. Take a look at this snap featuring the choreographer and Farhan Akhtar. Farah Khan looks stylish in a curly hairdo and hoops. As for the description, she wrote, “Before the Internet, wifi and computers there was dance. The best family bonding. Farhan Akhtar and I in my ever flashdance haircut tripping the light fantastic.” Isn’t the little Farhan looking adorable here?