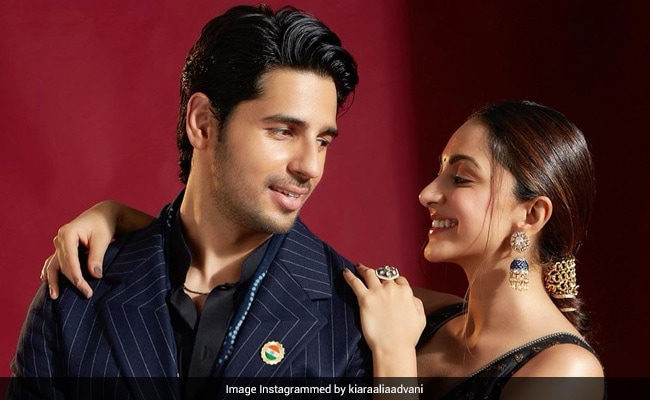 Actress Kiara Advani, who played the role of Captain Vikram Batra’s fiancée Dimple Cheema in the recent war-drama Shershaah, has “so many emotions” flowing through her after the success of the film. Shershaah is based on the life of Captain Vikram Batra, who died in the Kargil War and was honoured with the Param Vir Chakra posthumously. Putting all her emotions together, Kiara Advani weaved a short note each for Captain Vikram Batra, Dimple Cheema, and her Shershaah co-star (also rumoured boyfriend) Sidharth Malhotra. Where? On Instagram. She complemented the notes with a video featuring many of her memorable moments associated with the film, starting right from the film’s shooting scenes to its promotional events.

Next, the 29-year-old actress expressed how “honoured” she is to “know and portray” Dimple Cheema on the screen. Kiara wrote: “To Dimple: – I am honoured to know you and to portray a woman so courageous and committed; thank you for sharing your personal story only because of your love for Captain Vikram Batra.” She added: “Thank you for making us believe that pure and true love exist. My respect and admiration for you is boundless.”

Terming Sidharth Malhotra as the “Shershaah of Bollywood,” Kiara Advani wrote: “To the Shershaah of Bollywood Sidharth Malhotra: – “Where do I even begin, I am so proud of you Sid for such a stellar performance. This film wouldn’t have been possible without you.” Kiara Advani then went on to express gratitude towards the director of Shershaah Vishnu Varadhan. “To Vishnu Varadhan sir: – “Thank you for being the best captain of our ship and making this story with pure passion and love.”

Shershaah was released on Amazon Prime Video ahead of the Independence Day last week. While viewers have reacted positively to the war-drama, it is drawing mixed reviews from film critics. In his review for NDTV, Saibal Chatterjee wrote: “Lead actor Sidharth Malhotra has what it takes to flesh out a real-life martyr who has left behind a larger-than-life aura, but the evolution of the character’s tough-as-nails personality that lies at the base of his battlefield derring-do is delivered in the form of shallow, trite driblets.”

Directed by Vishnu Varadhan, the film is backed by Karan Johar’s Dharma Productions.