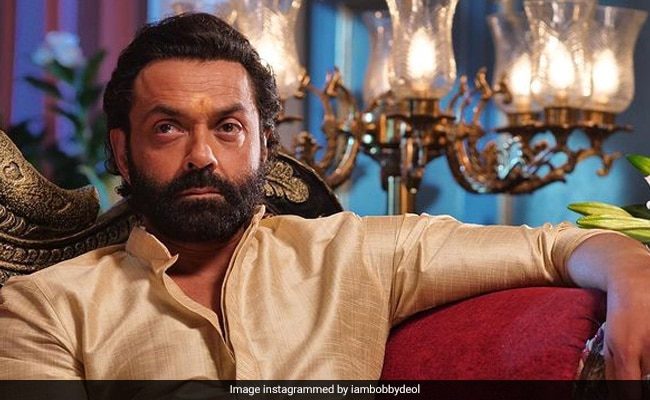 Bobby Deol in a still from Ashram (courtesy iambobbydeol)

Nothing works as well as nostalgia on screen. While watching the raw talent of a new actor is always a pleasure, seeing yesteryear stars give showbiz a second chance is an experience in itself. Over the years, we have seen several celebrities, who have stepped away from the silver screen, make a comeback in a grand way. The latest on the list is Fardeen Khan. He is all set to return to acting after 11 years. Fardeen Khan, who was last seen in the 2010 movie Dulha Mil Gaya, will start his second Bollywood sojourn with a film directed by Sanjay Gupta. The film titled blast will see Fardeen Khan alongside Riteish Deshmukh. The actor, who grabbed the nation’s attention last year with amazing physical transformation, has begun shooting for his upcoming project, which is a remake of the 2012 Venezuelan film Rock, Paper, Scissors.

Fardeen Khan is not alone in making a comeback to Bollywood. Despite the onslaught of the pandemic, the years 2020 and 2021 saw several actors grace our screens in various storytelling formats. Here’s a look at some of the big comebacks in the recent past.

Bobby Deol stayed away from films for a few years after a dry run at the box office. However, he kickstarted his comeback with a bunch of big-ticket films such as Race 3 and Housefull 4. That’s not all, he also embraced the content on OTT platforms by appearing in projects such as Aashram and Class Of 83.

After her Bengali film nirbaak in 2015, the actress stepped away from the spotlight only to make a fierce comeback in the web series Aarya. This time around Sushmita was headlining the show and received overwhelming praise from all quarters for her role.

After turning into a national heartthrob with her debut film Maine Pyaar Kiya, Bhagyashree chose marital bliss over the show business. The actress has now made a grand comeback of sorts with Thalaivi, a multilingual biopic on late Tamil Nadu Chief Minister Jayalalithaa. The actress will be playing a pivotal role in the film that stars Kangana Ranaut and Arvind Swami in the lead roles.

It might come as a surprise to many that actress Shilpa Shetty’s last acting role was in 2007 in the multi-starrer Apne. In the interim, the actress has appeared as a judge on several reality shows. But in 2021, the actress stole a million hearts with her film, Hungama 2 She will next feature in Nikamma.

One of the most loved actresses in Hindi cinema, Karisma Kapoor stayed away from the limelight after her marriage and motherhood. While she returned to movies in 2007 with Dangerous Ishhq, the stint was short-lived with just one film. However, the actress returned to acting with the web series Mentalhood in 2020.

Neetu Kapoor has largely stayed away from films after her marriage to her late husband, actor Rishi Kapoor. Over the years, the actress has appeared in films such as Love Aaj Kal, Do Dooni Chaar, Jab Tak Hai Jaan, and Besharam, all alongside Rishi Kapoor. This year, she will be seen making a comeback with Jug Jugg Jeeyo.

Director and actor Divya Khosla Kumar is best known for her role in the 2004 film Ab Tumhare Hawale Watan Saathiyo. After her marriage, Divya stepped away from acting and turned director and producer with films and music videos. Now, the actress is all set to make her acting come back with Satyameva Jayate 2 opposite John Abraham.

Tell us which of these comebacks you are most excited about.