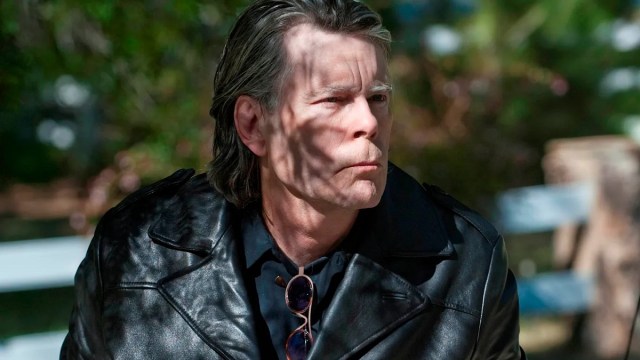 Author Stephen King told fans he is tired of the whinge fest that ensues every year after the Academy of Motion Picture Arts and Sciences announces the nominees for the annual Oscars.

The King of Horror took to Twitter to shut down criticism of the nominees, and he praised this year’s selection for being unusually equitable.

However, it must have escaped King that whinging about the Oscar nominees each year is just as gratifying as publishing curmudgeonly tweets about the culprits. Unsurprisingly, some fans couldn’t resist teasing the literary legend.

Louise Mench replied with a tongue-in-cheek complaint about not being nominated for an Oscar, even though she’s never been in any films.

ZombieSchmombie pointed out that one criticism of the Academy was relevant to King, considering the numerous film adaptations of his books: The habit of repeatedly overlooking the horror movie genre.

Another fan seemed genuinely aggrieved about the Academy’s selection process, pointing out the contradictory nomination of Top Gun: Maverick while passing Tom Cruise through for the umpteenth time, even though he carried the entire film.

Returning to the topic of the of King adaptations, another fan tweeted that author ought to receive an Academy Award in his own right for his contributions to the film industry.

The Academy has recognized several films based on King’s work. In 1990, Kathy Bates won the Academy Award for Best Actress for her performance as Annie Wilkes in the film adaptation of King’s novel Misery. In addition, The Shawshank Redemption and The Green Mile both landed Best Picture nods.

As part of the community of people whose work has been honored by the Academy, it’s not strange that King may find it challenging to relate to people outside of that privileged circle. Ultimately, he wants everyone to enjoy themselves and detract from this year’s nominees as they have their moment in the sun.