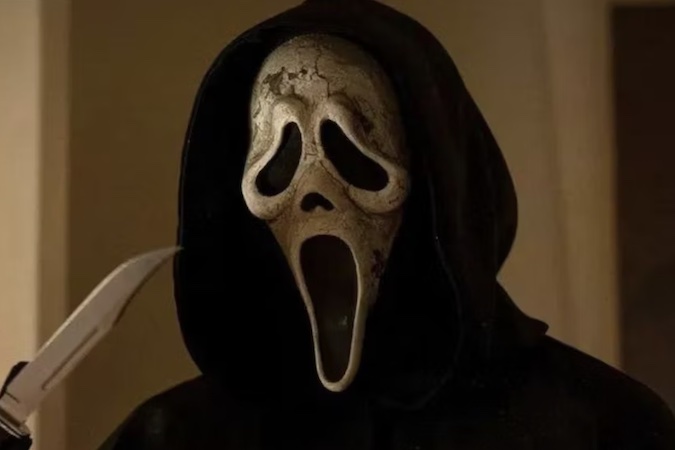 A new doc is designed to feel like a freewheeling conversation with Willie Nelson; the Oscar best director nominees are all dudes again; Scream creator Kevin Williamson says what’s good and bad about making the first Scream without Neve Campbell. All in today’s Movie News Rundown.

Sick and Scream: In a conversation with writer-producer Kevin Williamson about his new COVID slasher movie Sick, Josh Encinias asked Williamson about making Scream VI, the first Scream film that reportedly will not feature Neve Campbell. “It’s sad, of course I wish she was a part of it,” Williamson says. “But one of the things of not having to service your legacy character, is in this one we can really focus on the new characters.” He also talks about the new Halloween franchise, and why he thinks horror is a uniquely gay-skewing genre.

Neve-er Say Never: I feel like people are being so public about Neve Campbell not being in Scream VI that she must be in Scream VI. You know?

No Female Directors: As The Hollywood Reporter‘s Beatrice Verhoeven noted yesterday, the Oscar nominations for Best Director again included no female directors. It was a surprise to people who were rooting for The Woman King‘s Gina Prince-Bythewood, Women Talking‘s Sarah Polley, Till‘s Chinonye Chukwu, She Said‘s Maria Schrader and Aftersun’s Charlotte Wells. The biggest snub has to be Polley, given that Women Talking was nominated for Best Picture. (It’s another of those magical films that direct themselves.) Polley was at least nominated for Best Adapted Screenplay.

The Numbers: The number of women-led films that Oscar voters could potentially nominate is small because fewer female directors get the chance to make high-profile films. According to a recent USC Annenberg study, men were hired over women at a rate of 10-to-1 to direct the the 100 top-grossing films of 2022. “Maybe the films were top-grossing because men are better at directing films!” say dudes who are insecure. Maybe! Or it could be that studios have at least a decent chance at guessing which of their films will be the biggest moneymakers, since so many are sequels or based on existing IP. And studios choose men to direct these films much more often than they choose women. Do men get more of these great opportunities because male directors have longer track records, because male directors have always been given more opportunities to direct more hit films? I’m sure that’s part of it. And so the cycle continues.

Chinonye Chukwu: Without specifically mentioning the zero Oscar nominations for Till, the film’s director, Chinonye Chukwu, shared an Instagram post that people couldn’t help but interpret as a response: “We live in a world and work in industries that are so aggressively committed to upholding whiteness and perpetuating an unabashed misogyny towards Black women,” Chukwu wrote. “I am forever in gratitude for the greatest lesson of my life – regardless of any challenges or obstacles, I will always have the power to cultivate my own joy, and it is this joy that will continue to be one of my greatest forms of resistance.” The post included an image of the director with Myrlie Evers-Williams, one of the real-life people portrayed in the film about Mamie Till-Mobley (Danielle Deadwyler) as she transforms the racist murder of her son, Emmett Till, into a landmark moment for the Civil Right Movement.

May I Editorialize? I haven’t seen Till, so really can’t say if it was snubbed. But Chukwu’s last film, Clemency, was one of the best films of 2019, and I do think it was snubbed at the Oscars. (I at least expected nominations for Alfre Woodard and Aldis Hodge, who were both outstanding.) Here are Chukwu, Woodard and Hodge talking about Clemency on one of the first episodes our podcast, available on Apple, Spotify or here: