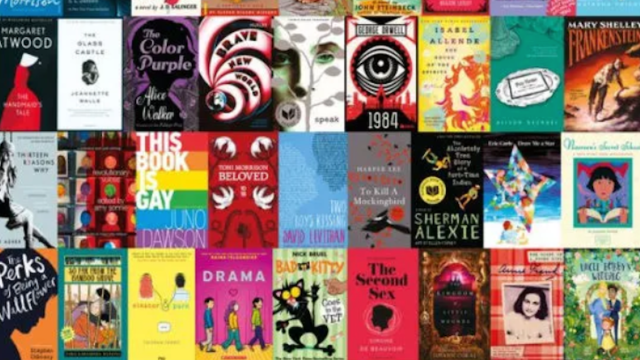 The banned book debate continues to roil its way through school districts and states across America, and now even corporate bookseller Barnes and Noble is chiming in on the issue.

The bookseller, which conveniently has an online Banned Books section, tweeted a simple and concise response to the ongoing issue.

How does the bookseller define a banned book? Ones that “explore race, sexuality, and new concepts and ideas are still often prohibited by certain communities, although they can easily be purchased in most bookstores.”

Of course, this is a pretty political issue so there are dissenting voices on both sides. Someone of course referenced Florida, where librarians are “prohibited from using any instructional materials that include critical race theory, culturally responsive teaching, social-emotional learning, social justice,” according to Edweek.org.

This person is calling for a clear delineation between two banning concepts.

Of course, the reference to the past.

This one is grateful for the list because it tells them what books to read.

The free market agrees, but also brings up a good point.

Other notable celebrities have also spoken out against the practice, like genius horror writer Stephen King, who said “if they ban a book in your school, haul your ass to the nearest bookstore or library ASAP and find out what they don’t want you to read.”

Literacy advocate and Reading Rainbow host LeVar Burton has also discussed the issue. “Read the banned books, ya’ll. If they don’t want you to read it, there’s a reason why.”

How To Plan the Perfect Destination Wedding – Film Daily