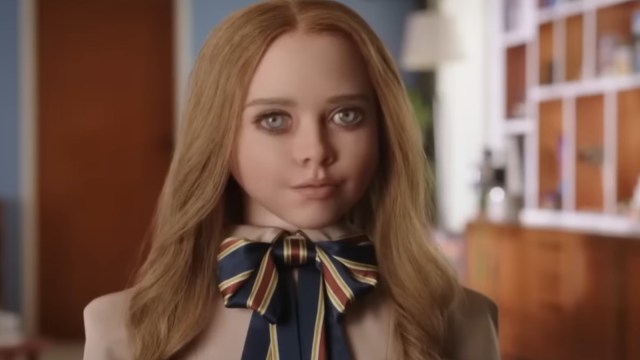 There’s no question that M3GAN has already won 2023; the star of the Blumhouse film of the same name has long since transcended the boundaries we were treated to on the big screen, forging a highly entertaining personality on social media that somehow doesn’t make us fear for our lives.

Indeed, M3GAN has become a true champion for people everywhere, and that’s never been more clear thanks to her recent thumbs-up on a recent Saturday Night Live skit, rallying her disciples from her two most prominent audiences.

The skit features a still-fictional M3GAN 2.0 as she embraces the gay culture that played an enormous role in rocketing her to the top of the world, having captured many a heart thanks to her ability to both slash and sashay without missing a beat. As she steals the spotlight at the bar, parodies of the rave reviews received by her movie continue to pop up, including one quote that deems M3GAN “Like Bros, but for the gays.”

And of course, the marriage of M3GAN with Saturday Night Live is a surefire recipe for getting a reaction from the Twitter masses.

Unfortunately, humor has a way of going over the heads of one too many people.

Nevertheless, the ethos of M3GAN was ultimately embraced with all the enthusiasm her fans could muster.

And at the end of the day, we should all be walking away knowing full well who the top dog is.

It seems like we’re in the age of unhinged plastic women, and no matter what you may have thought about that statement prior to M3GAN bursting onto the scene, we’d bet it’s one that’s happily embraced now.

M3GAN is currently playing in theaters.

The Circle Season 5: Where Are They Now