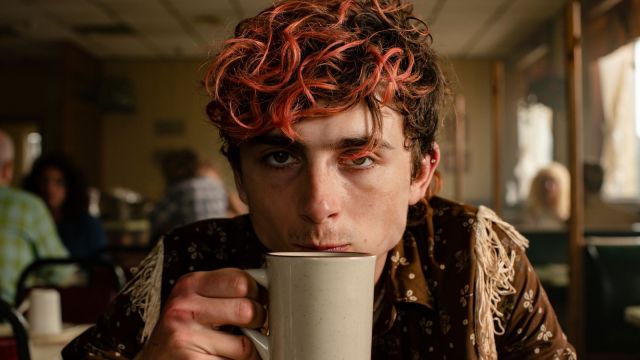 Kids today have it so easy with the internet and social media as they don’t have to wait until the latest issue of Teen Beat Magazine to see their favorite stars’ new looks. Heartthrob Timothée Chalamet is breaking hearts and the internet with a new photo of his hair test for his film project Bones and All.

Chalamet’s fans are here for this new look. One user cannot take their eyes off of him. “Been staring at this photo for the past 20 minutes,” they wrote. Another user agreed, writing simply “same.” One took it a step further jokingly asking “ummm how many times can this man get me pregnant with his photos?”

Chalamet reposted this photo which was originally on a fan appreciation page. This caused many in the comments to lose their collective minds. One wrote: “TIMMY REPOSTED THIS OMLLL”

Bones and All is a romantic horror film directed by Luca Guadagnino with a screenplay by David Kajganich. It is based on the novel of the same name by Camille DeAngelis. The plot follows teenager Maren Yearly, played by Taylor Russell, who has a secret tendency for cannibalism. Her father abandons her on her 18th birthday and she sets out to discover who she is. Along the way, she meets and falls in love with Lee, played by Chalamet, who is also a cannibal.

The film premiered at the 79th Venice International Film Festival and received the Silver Lion for best direction for Guadagnino’s work. It was released in theaters in November of 2022.

Lex Scott Davis and Shamier Anderson Talk ‘A Lot of Nothing’

Lex Scott Davis and Shamier Anderson Talk ‘A Lot of Nothing’