Warning! This article contains spoilers for The Last of Us episode 2.The Last of Us episode 2 ended on a tragic note, providing many questions for the series going forward. After the climactic ending of The Last of Us episode 1, Joel and Tess continue their journey with Ellie to the State House where the latter will be reunited with the Fireflies. The episode opens with the trio deciding whether to take the long way or the short way, both holding their fair share of known and unknown dangers.

Related: How Close The Truck Scene In Last Of Us Episode 1 Is To The Game

What Happened To The Fireflies At The State House?

One of the first questions that the ending of The Last of Us episode 2 raises is what happened to the Fireflies that were supposed to take Ellie off Joel and Tess’ hands. When the trio reaches the building, they find empty trucks and barricades at the entrance. Upon entering, they find the entire team of Fireflies dead. Joel deduces that one of the Fireflies was bitten and began spreading the infection to his comrades. Eventually, the non-infected fought the infected, resulting in every Firefly dying. This puts a dent in Joel and Tess’ plan, who were banking on the Fireflies providing them with the means needed to find Tommy.

When Did Tess Get Bitten?

With The Last of Us’ fungi Cordyceps affecting the Fireflies, it is also revealed that Tess was bitten and infected by the parasite. However, The Last of Us episode 2 does not overtly show Tess being bitten, leading to the question of when in the episode she was infected. During the scene in which Joel, Tess, and Ellie face off against two Clickers, there is a large portion where Tess is separated from the others with a Clicker in tow. The episode then focuses entirely on Joel and Ellie until the Clicker they are facing is killed, before Tess and the other Clicker come back into play.

It is highly likely that Tess was bitten during this unseen segment, with her showing increased bitterness and anger after exiting the museum. While Ellie was shown being bitten, this does not matter due to Ellie’s Last of Us immunity – but Tess was not as lucky. Tess reveals her bite later at the episode’s end after finding the Fireflies dead in the State House.

Why Tess Made Joel Continue With Ellie

Tess’ bite and her reaction to it link to why she implored Joel to carry on their task with Ellie. While Joel was set on giving up now that the Fireflies and their means of reaching Tommy are dead, Tess seemed more sure than ever about helping Ellie reach her destination. Tess desperately begins looking for a radio or a map to indicate where the Fireflies were going before their untimely demise. When Joel angrily refuses and tells Tess they are going home, she reveals the bite and subsequently her reason for her newfound desperation in helping Ellie.

Related: That Dead Guy On The Wall In The Last Of Us Episode 1 Explained

Tess begs Joel to take Ellie to Bill and Frank, likely meaning big things in episode 3 due to the foreboding radio song in Last of Us episode 1. Tess reveals that, despite only being bitten hours ago around the same time as Ellie’s second bite, hers is already worse. This grim fate causes Tess to wholeheartedly believe that Ellie’s condition is real and that the Fireflies could use it to heal the world and retroactively right the wrongs she and Joel have committed.

Tess also says that she is asking this one thing of Joel, and that she has never asked anything of him before, including not to feel the way she feels. This provides the biggest hint yet at Joel and Tess’ relationship after the scene in which Tess and Joel are in bed together in The Last of Us episode 1. One of the biggest Joel and Tess relationship theories from the game was that they were romantically inclined. The ending of The Last of Us episode 2 confirms that, while they have been intimate with each other, Joel’s past stopped him from committing to Tess as she did to him.

Who Are Bill And Frank? Episode 3 Setup Explained

As mentioned, Tess begs Joel to take Ellie to Bill and Frank so that the latter duo can take Ellie the rest of the way. Joel declines, stating that they will not take her to which Tess replies that he can convince them. Bill and Frank have been slowly foreshadowed in the show’s two episodes thus far. From the radio signal allowing Joel and Tess to communicate with them to the hints in this final segment of The Last of Us episode 2, the show is setting up elements that will likely appear in the third episode.

Related: Why Joel’s Watch Is Significant In The Last Of Us

After the reveal of Tess’ bite and Joel’s reluctant agreement to take Ellie to Bill and Frank, the ending of The Last of Us episode 2 sees the tragic death of Anna Torv’s Tess. In a bid not to turn into a monster, to buy Pedro Pascal’s Joel and Bella Ramsey’s Ellie time, and to get some likely much-needed revenge against the infected, Tess stays behind to blow up the State House. After pouring out barrels of oil and tipping the Fireflies’ grenades onto the oil-drenched floor, Tess awaits the horde with a lighter in hand. This leads to one of The Last of Us most horrifying scenes yet.

This scene links to HBO’s The Last of Us’ new concept of tendrils which replace spores from the original game. The tendrils have been seen protruding from their infected host’s mouths throughout episodes 1 and 2 which explains how the infection is passed from one subject to another through bites. As Tess has been bitten, and will likely begin showing signs of this such as tendrils, an infected shoves its tendrils into Tess’ mouth in a revolting scene. The tendrils mark the biggest change from the game yet, outside of The Last of Us’ timeline changes.

The tendrils act as a hive mind, with the fungi alerting other infected creatures from great distances. This is why the infected horde converges on the State House after one of the surviving infected Fireflies is killed. Eventually, Tess’ lighter works, and she successfully blows up the building and the infected horde so that Joel and Ellie can retreat in safety.

How The Last Of Us Episode 2 Compares To The Game 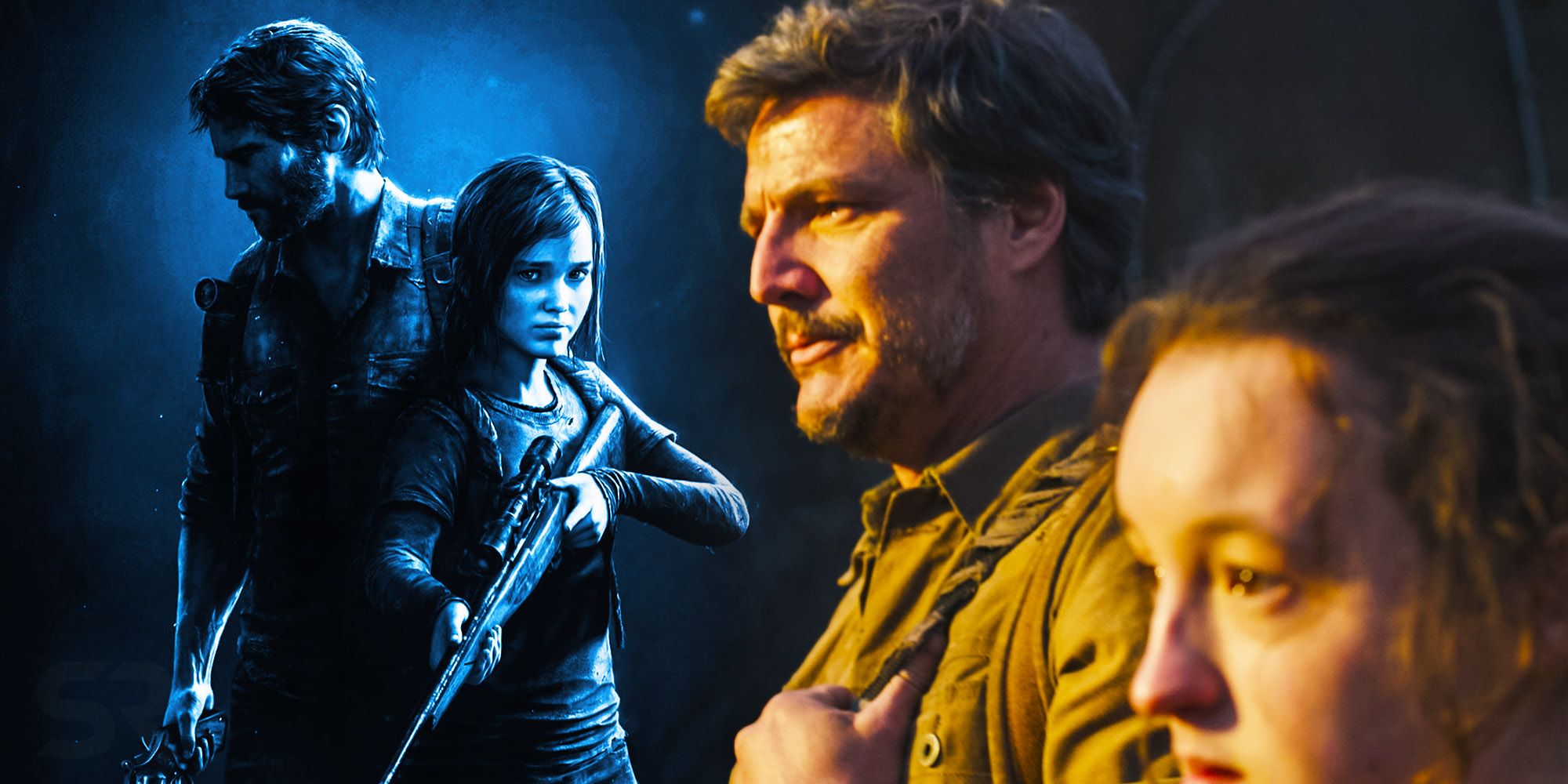 The final thing worth exploring surrounding The Last of Us episode 2 is how it compares to the game. For the most part, Tess death is similar in concept, albeit with a few differences. Firstly, the game sees the State House attacked by FEDRA soldiers who killed the Fireflies rather than an infected horde, meaning Tess’ final stand is slightly different in that she fights off soldiers and is shot dead. Secondly, Tess’ game counterpart tells Joel to take Ellie to Tommy – who was not in Boston with Joel in The Last of Us show – due to the latter’s former Firefly connections rather than Bill and Frank.

Another scene that is taken directly from the game is the museum scene and its direct aftermath. In the game, players fight through Clickers in a museum exactly like Joel, Ellie, and Tess do in The Last of Us episode 2. After escaping the museum, Joel asks Ellie if getting to the State House is everything she hoped for, to which Ellie replies “Juries still out. But man, you can’t deny that view.” This scene is taken directly from the game, almost word-for-word, and echoes another game moment towards the end of the story which is an important The Last of Us scene HBO needs to include.

New episodes of The Last of Us release every Sunday on HBO.

More: Breaking Down The Last Of Us’ Infection Origin Reveal

The frenetic charm of Miami Blues

Everything We Know so Far About the DC Animated Show