HBO Max has premiered the trailer for “Harley Quinn: A Very Problematic Valentine’s Day Special,” a raunchy, R-rated special holiday episode of the series which airs on February 9th.

In the one-off, Harley (Kaley Cuoco) goes to obsessive lengths to ensure that her first Valentine’s Day with Poison Ivy (Lake Bell) is the best ever. Unfortunately their coupling accidentally casts a spell over Gotham that causes all of its citizens to get it on.

Meanwhile Bane’s efforts to impress an unexpected date go horribly awry and contacts the rhyming demon Etrigan for some dating advice. After an unfortunate online dating encounter, Clayface engages in some self-love whilst Darkseid and The Riddler make relationship progress.

The third season of the series wrapped last year with one of the couple’s fights resulting in a plant zombie apocalypse and Bruce Wayne in jail. A fourth season is already in the works. 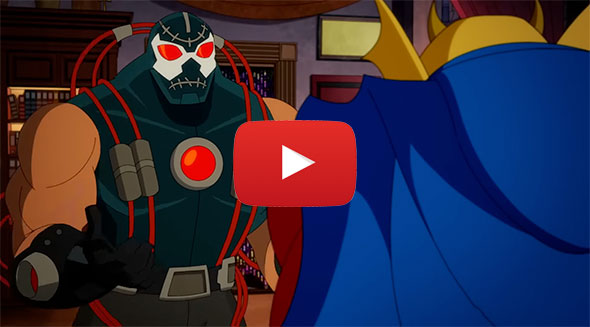