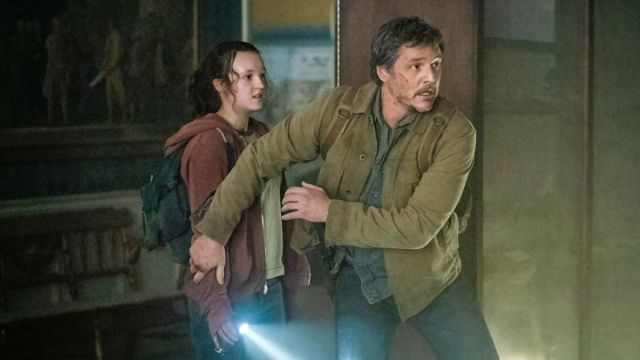 Warning: The following article contains spoilers for the second episode of HBO’s The Last of Us.

The Last of Us is not shying away from killing off main characters, as fans are already traumatized by the second big death in as many episodes.

The second episode of the series, entitled “Infected” has Joel (Pedro Pascal) and Tess (Anna Torv) escort Ellie (Bella Ramsey) to the Massachusetts State House only to find that all of the Fireflies that were supposed to meet them are dead. It turns out one of them was infected, and they took each other out trying to mitigate the infection. As Tess tries to come up with a new plan, Ellie realizes that she was not the only one to get hurt in the Museum, Tess had been bitten as well.

That’s right, Tess pulls away her coat to reveal a very gnarly-looking wound, one that looks overwhelmingly worse than Ellie’s scratch on her arm. She forces Joel and Ellie to leave while rigging the building to explode. A horde of infected run through, chasing the pair, as Tess stands in gasoline and a pile of grenades. She has some trouble sparking up a lighter, but after receiving some mouth-to-mouth from an infected, it ignites and the building blows up, taking Tess and the horde with it.

Even though the fans who are already familiar with the games would have seen this particular death coming, it didn’t stop some of them from feigning surprise. One fan tweeted “Me seeing the bite on Tess even though I already knew that was going to happen #TheLastOfUs #TLOU.” Of course, we did know it was coming, but they did alter her death enough that some elements surrounding it still did come as a surprise.

Along the same lines, another user compared seeing Tess die again to Leonardo DiCaprio’s character in Inception reliving his wife’s death. Their caption reads, “going through tess’ death again but in a new way was heartbreak #tlou.”

Some fans are undoubtedly weirded out by Tess making out with one of the infected, with one Twitter user posting the caption, “TESS MOTHER YOU DIDNT HAVE TO MAKE OUT WITH IT #TheLastOfUs.”

Another fan singled out Anna Torv’s performance in particular, which is important as she probably will not be appearing in many more episodes in the future unless there’s a flashback or two. They wrote, “#TheLastOfUs THEY MADE TESS’ DEATH EVEN SADDER WHAT THE HELL HBO 😭😭😭 Anna Torv performance was heartbreaking.”

Ultimately, her death was just as sad as it was in the game, even if the details were a little different. Wouldn’t going mouth-to-mouth with an infected make you want to blow up a building too? Catch The Last of Us when it airs on Sundays on HBO Max.