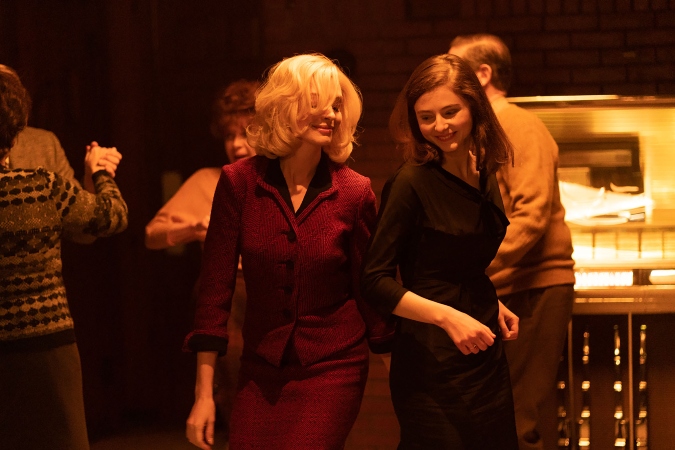 Anne Hathaway remembers being asked a question by a journalist when she was a teenager that has stuck with her to this day — and inspired her to make a film like William Oldroyd’s Sundance thriller-drama Eileen.

“One of the very first questions I ever got asked when I started acting and had to do press was, ‘Are you a good girl or a bad girl?’” Hathaway said at the premiere of Eileen on Saturday at the 2023 Sundance Film Festival.

“I was 16, and my 16-year-old self wanted to respond with this film,” Hathaway added. “I did not know that when I read the script, but I think a part of me hoped for this exact moment.”

Based on the novel by Otessa Moshfegh, in Eileen, Hathaway plays Rebecca, a mysterious and glamorous prison psychologist who takes a liking to Eileen (Thomasin McKenzie), a 24-year-old secretary at the prison whose father’s verbal abuse leaves her in desperate need of a friend during a bitter Massachusetts winter in 1964.

Also Read: Brooke Shields Gave Up Creative Control on Pretty Baby Documentary: ‘All of It Needed to Be Seen’

Hathaway explained that making Eileen with Oldroyd allowed her to explore a story about two complicated women who are so much more than society’s narrow view of women as either good or bad.

“I’m really proud to be in this movie. I wanted to work with Will [Oldroyd] after I saw Lady Macbeth and thought it was extraordinary work, work in which I saw conflict,” Hathaway said. “I saw a study of female complication that hit me really, really deep. And I felt like Will was a filmmaker that can be trusted to tell complicated stories, especially about females. And that meant a great deal to me.”