PLOT: A family takes a weekend trip with longtime friends and their two young children, but, they suspect something supernatural when the kids behave strangely after disappearing into the woods overnight.

REVIEW: There are two kinds of Blumhouse movies: the ones they put a lot of money behind and the ones they drop with little fare, hoping they’ll be a surprise hit. There’s Something Wrong With The Children appears to be the latter. A horror movie about creepy children is essentially a genre staple at this point. We get several every year and their execution is varied. But the setup for this one had a lot of potential, with two friendly couples going out to a cabin in the woods. One of the couples has children and bring them with, while the other has decided not to have children. You can see where there’d be conflict. But unfortunately it doesn’t really add up to an intriguing tale.

I’m a big character guy so when there aren’t really any to attach to, I have a hard time connecting with anything else going on. These people are all mean to each other and don’t really seem to even like their partners. The interactions also feel very fake. Maybe it’s my love for Midnight Mass, but Zach Gilford was really the only person to attach to. Everyone else is so irrational and hotheaded that I just found myself frustrated constantly. Margaret (Alisha Wainwright) gets slightly less annoying as the movie goes on, but its too little too late.

Thomas and Ellie (Amanda Crew and Carlos Santos) may just be my least favorite on-screen couple in existence. These people have a terrible relationship, consider themselves better than their childless friends, and refuse to believe their children would be anything except angels. I found myself rooting for both of these people to get their comeuppance because they just seemed so irrational in every thought espoused. Making these two slightly less toxic would have gone a long way, as it makes the second half of There’s Something Wrong With The Children less impactful.

Things pick up once the children disappear. Even the boring cinematography picks up, with long shots of them searching the house. But unfortunately, the writing doesn’t really serve any situation to its full depth. Ben is blamed for many different things, yet they don’t really do a good job of pointing a finger. If Ben had been figuratively holding a smoking gun, it’d have gone a lot further. Instead, it’s just a child’s word over his. And given how Ben is suffering from Mental Health issues, it feels like a very tone-deaf argument.

The biggest issue that the movie has is that the children just are not scary. They’re supposed to be unsettling yet they mostly just come across as silly. I found myself unintentionally laughing during many of the “look at this creepy child” shots that the movie is absolutely in love with. This poor casting choice really inhibits the entire movie because they’re such a central part of the story. It gets to the point where anytime they’re in danger, I found myself rooting for something to happen to them. And I’m not even going to get into “the monster.” You’ll just have to see it (and roll your eyes for yourself).

I also feel like I need to address the music in this film, as it was really all over the place. There are these really strong organs at points that don’t really fit with the tone of what’s happening. On their own they’re interesting, but paired with these scenes, they feel like they belong in an entirely different movie. There’s Something Wrong With The Children is quite the mixed bag. There are some good performances from Gilford and Wainwright but a film like this lives and dies with its child actors and that was a bad misstep. There’s a good movie in here, as the second half really has a lot of tense and fun moments. But that first half is so ploddingly boring and frustrating that I hardly had enough time to properly adjust to the well-executed parts. 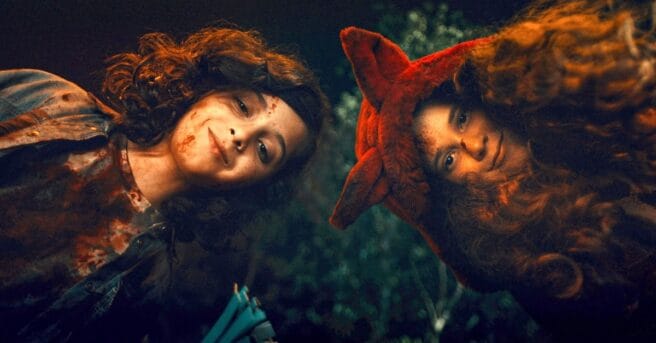 The Circle Season 5: Where Are They Now