No one is who they seem in this neo-noir thriller of secrets and lies, set amongst New York City’s bedrooms, barrooms and boardrooms. Characters compete for riches and power in a high-stakes game of ambition, greed, lust and jealousy that will keep you guessing.

Benjamin Caron, who helmed the last two episodes of “Andor,” directs the long-gestating project which he developed with his sister and long-time producing partner Jodie Caron.

Brian Gatewood and Alessandro Tanaka pen the screenplay. The film scores a limited theatrical release starting on February 10th before it premieres exclusively on Apple TV+ on February 17th. 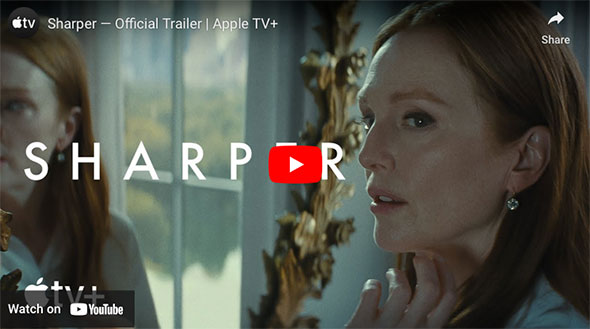