Jeanine Nerissa Sothcott can do it all. She got her stand as a dancer, and dabbled in school plays before officially making to decision to return to acting. She’s nabbed supporting roles in a number of short films, including Flawless (2016), Faithless (2017), and Borrowed Time (2017), and eventually proved herself to be a viable presence in feature films like The Krays: Dead Man Walking (2018).

Sothcott currently stars in the action film Renegades, which sees her brandish her acting chops opposite stars like Danny Trejo, Lee Majors, Patsy Kensit and Michael Paré. It’s her most notable role to date, and one that Film Daily couldn’t wait to discuss. We also got to hear about her influences, her experience on set, and her plans for the future.

Here’s what Sothcott had to say:

Tell us about your journey as an actor. How did you get started?

As far back as I can remember I was totally wrapped up in the arts – singing, dancing, acting. As a child I was destined to be a ballerina – I was a member of the British Ballet Organization and won a scholarship with The Royal Ballet but an injury precluded that. I was First Violin in the Kingston Youth Orchestra. I was in all the school plays. But life just got in the way, as it has a habit of doing and I ended up working in accountancy in the City of London. In my early 40s my son Gabriel was diagnosed with Type 1 Diabetes at the age of 2 and that really was a life changing moment for me – I thought it was now or never to make changes in my life and take a shot at what I’d always wanted to do. I was doing some radio talking about diabetes and the presenter said to me “you really don’t have the face for radio” and that was the ‘eureka’ moment. I started at the very bottom, with all the odds stacked against me because of my age but I did student films, short films, endless fringe theatre, anything to learn my craft. Eventually I ran my own theatre group, putting on scratch nights with new material that I curated. I didn’t go to drama school but I certainly put the hours in and earned my spurs.

Who were your biggest acting influences growing up?

Growing up in the 70s and 80s it was probably Stefanie Powers, not just in Hart to Hart but everything she did. I was absolutely crazy about a TV movie she did called Deceptions. For my birthday in 2021 our friend Geoffrey Moore, whose father Roger worked with Stefanie, got her to record a special video message for me which was amazing. I was also a massive fan of Julie Andrews. I can’t tell you how many times I have seen The Sound of Music, but I also thought she was a wonderfully nuanced character actress.

You currently star in the action film Renegades. What initially drew you to the part of Detective Moore?

I was offered the role by the director and jumped at it as I have always wanted to play a cop. I grew up on cop shows like Cagney & Lacey and CHIPS and now my favourite shows to watch are NCIS and things like that. I’d love to be in one of those series. So it was a no-brainer really, plus I got scenes with some really really amazing actors such as Louis Mandylor, Patsy Kensit and Michael Paré. 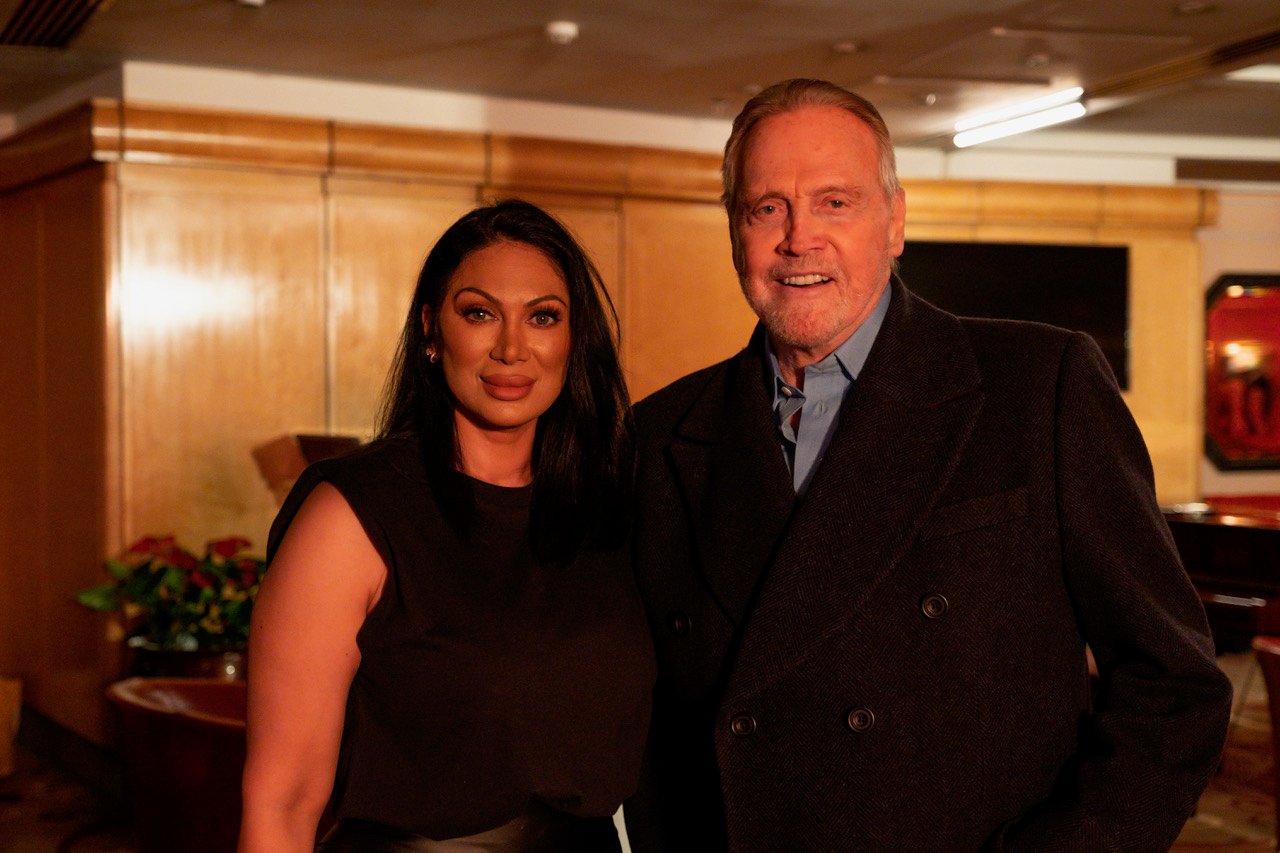 Do you find that it’s easier to play characters that you have a personal connection with?

I think there are advantages both ways – actors relish roles that really stretch them, who wouldn’t want to play a serial killer or a scientific genius but I think in the kind of films I’m making and hoping to make we’re cast because we’re a certain type. In the old days people used to moan about type casting, I think now actors are just grateful to be working – or at least they should be!

Renegades features several tense action scenes. How much of the performance was in the physicality of the character?

I am a great believer in less is more as an actor – it’s better to convey something with a look than pages and pages of dialogue – and the audience appreciate it! For Renegades I had some weapons training with a former police firearms officer called Jamie Clarke who was very helpful – and I absolutely loved shooting poor old Paul Marlon in the head in the movie!

You’ve worked with a number of beloved stars, including Bill Murray, Lee Majors, and Danny Trejo. Do you ever get star struck while on the set?

When I was first dating my husband I told him that I loved Lee Majors and that The Fall Guy in particular was one of my favourite shows. Literally a week later we were having drinks with him and his wife – and they’ve become very dear friends since. But with that foundation I’ve had to not get star struck very quickly! The great thing about Renegades is that all the main cast were just lovely people, it was like going to work with friends old and new, like one big family.

Do you have any routines or tricks to help yourself get into character?

My only real trick is that I make sure I learn everyone else’s lines as well as my own – I have to know what is being said before or after my lines… and given how many actors don’t learn their lines it helps to prompt them! Haha.

Some actors don’t like watching themselves on screen. Do you ever go back and watch your earlier film and TV work?

Having children of varying ages as they get older and films come on Netflix or whatever they want to see them so I’ll sit and watch them with them. I am of course my own harshest critic but if I didn’t like myself on screen how could I expect anyone else to?

What is the core theme you want audiences to take away from Renegades?

I think that age really is just a number. I was at the junior end of the cast list in terms of age as well as experience, the majority were over 70 and several were in their 80s but they all turned up every morning full of excitement to be making a movie with a twinkle in their eye. It was inspirational to watch unfold and I hope audiences will appreciate how much work these guys put into the movie.

Would you be interested in reprising Detective Moore in a sequel?

Yes absolutely and it is set up at the end of the movie where she’s sat with the Renegades in Peck’s bar when Palmer (Michael Brandon) offers them an assignment. I’d particularly like to explore her backstory with Donovan ( Michael Paré) – it would be great to see some sparks fly if they were forced to work together again. 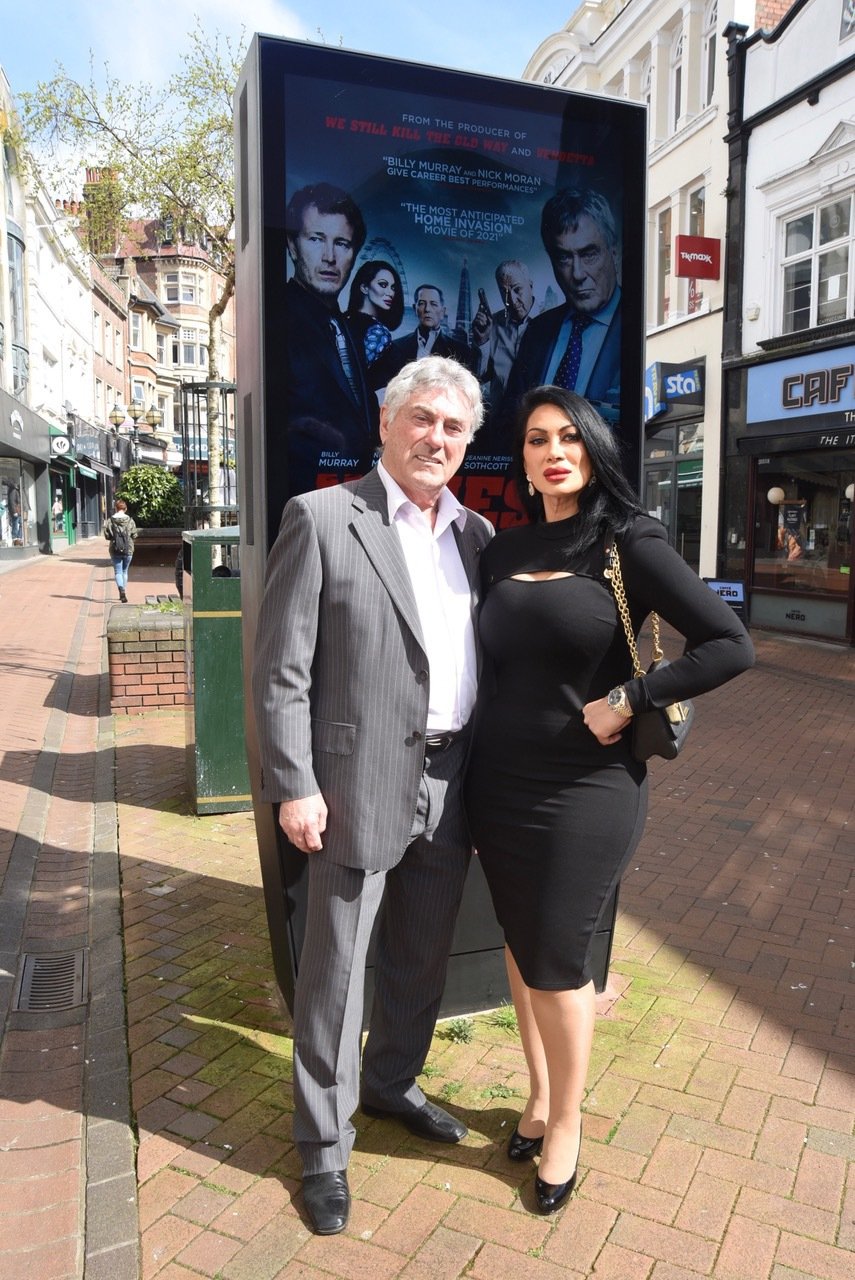 What has been your greatest professional success?

I guess when Nemesis was released, seeing my face on the poster on billboards in the UK – that was a very cool feeling, especially alongside all those great British actors like Bruce Payne and Nick Moran.

What about a professional setback? What did you learn?

I was very frustrated by the UK release of that same film – the distributor put absolutely zero effort into it, the production company did literally all of the promotion. It was a dark, quirky film and not everyone’s cup of tea but they really didn’t get behind it. I guess what I learned from that is that you can’t rely on other people to promote your product – as they say, if you want a job done properly, do it yourself.

Are there any actors or filmmakers you’d like to work with?

What advice do you have for aspiring actors?

Always make sure you have a plan B to get you through the lean times. One of the advantages to coming to acting later in the day is that I’d had a life and a career before so had a degree of stability. The harsh reality is that 99.9% of actors are unemployed most of the time so if you have something else that you can do, it will offer you a real parachute when you need it – and you will. Also, keep plugging away – it takes a very long time to become a star overnight.

Lastly, what is your favorite action film of all time?

It is a neck and neck draw between Face/Off and Con Air – I absolutely love both of those movies and find it impossible to choose between them.