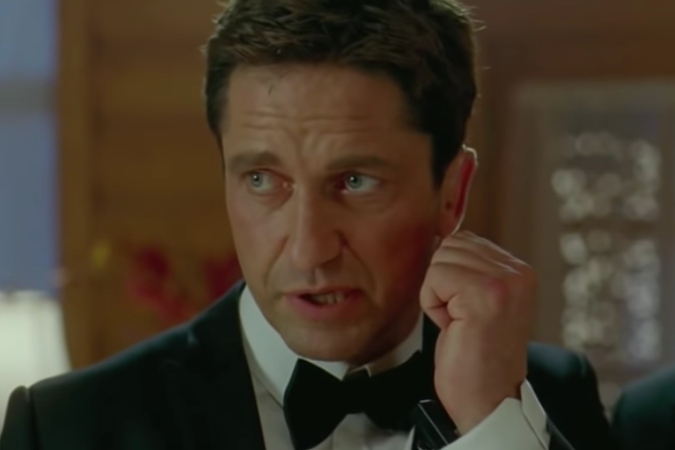 Gerard Butler received a very kind email from one Robert Downey Jr. after his 2013 action movie Olympus Has Fallen came out, and it reminded him of why it’s important to keep making those kinds of movies — hence his latest, Plane.

In a recent interview with Uproxx about Plane, directed by Jean-François Richet, the actor told the story about Downey’s nice note from all those years ago.

“Robert Downey Jr. wrote me the nicest email after Olympus Has Fallen. This is the same vibe,” he said of Plane. “He’s like, ‘We need more of these movies.’”

Butler also spoke about how Plane is a throwback to action movies of the 1990s.

“These are the movies, when I was in New York as a kid, and people would shout at the screen and throw things and be like, ‘No!,’ and applaud and cheer. And I think that’s what this movie is, it’s a throwback to that, where literally you’re in the energy of the group and everybody’s either terrified or cheering you on,” he said.

He also explained why he advocated for the title of Plane to stay as it is now, instead of being changed to The Plane.

“Some people said it was a working title and I never look at a movie like that. I’m very superstitious because any movie that I’ve made that they changed the title on us has always failed. There’s been three now, haven’t done well. And I’ve sat there listening to them,” Butler said.

He wouldn’t elaborate on what those three movies were.

“I don’t want to crap on any of my movies or hurt any people’s feelings. But there are three in particular. And that was part of my argument on the phone. To be honest, it was Plane, but then on the script and on the call sheet, it suddenly became The Plane. And that was part of what people were arguing against. And I said, ‘Guys, it was never The Plane. It was Plane,’” he said. “And then I think some people love it, some people hate it. I love the simplicity of the title.”

Plane is now playing in theaters.