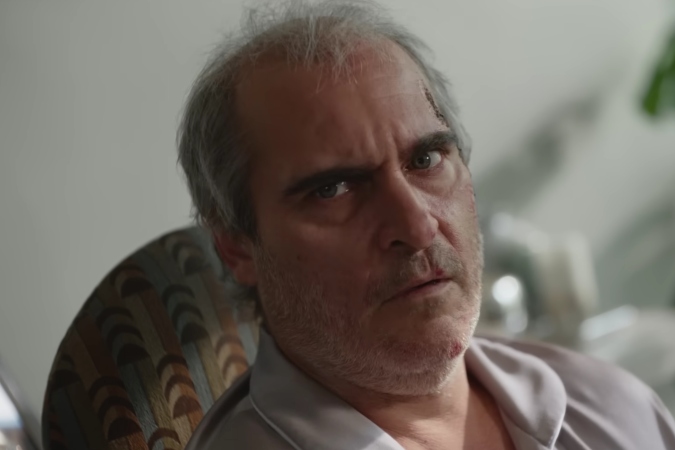 Paul Mescal has been cast in a Richard Linklater musical; Francis Ford Coppola’s Megalopolis is halfway through filming and things aren’t going great — or are they?; Ari Aster is back with the trailer for his new movie Beau Is Afraid starring Joaquin Phoenix. All in today’s Movie News Rundown.

Paul Mescal: Has replaced Blake Jenner in Richard Linklater’s adaptation of Steven Sondheim and George Furth’s musical Merrily We Roll Along, according to Variety. Mescal, star of Aftersun and Normal People, will play the lead role of Broadway composer Franklin Shepard alongside a cast including Ben Platt and Beanie Feldstein. But it may be a while before we get to see this movie. Linklater has expressed his intention to spend 20 years making the film, following the actors as they age, similarly to how he did with his 2014 film Boyhood. It’s been a big week for Mescal: Just days ago Deadline reported that he will play the lead in Ridley Scott’s sequel to Gladiator.

I Just Have One Thing to Say: About all this Prince Harry stuff (he’s coming out with a tell-all book today, and he was on 60-Minutes this week following his six-part Netflix docuseries with wife Meghan Markle). The thing I have to say is: I am absolutely eating it all up and I would love to see a biographical drama made about Harry and Meghan’s life story. Like, a big Hollywood affair, not just a made-for-TV movie. Obviously, Meghan would play herself, but who would you cast to play Prince Harry? I think Domhall Gleeson would be good.

What Are You Having?: This 1941 menu from the cafe on the Warner Bros studio lot has been popular on Twitter lately. Prices are listed in cents instead of dollars, and the menu is a hoot. You can order a Manager’s Special — which is a sandwich consisting of peanut butter, baked ham, and chicken on toast — or, depending on how hungry you are, you could go for the hot dogs with liberty cabbage and carrots. Then you can wash it all down with a glass of half-and-half and even get a chop suey ice cream sundae for dessert (don’t worry, there’s no meat — it’s just dried fruits and nuts with syrup). What would you order?

it’s 1941, you’re on the Warner Bros lot and it’s time for lunch. what’s your order? pic.twitter.com/ABvDvR6Ln6

Austin Butler’s Elvis Laugh: Did not come easily to the star while prepping for his role as The King in Baz Luhrmann’s drama. Butler described spending many hours walking on the beach just practicing his Elvis laugh during a Q&A for a Santa Barbara International Film Festival Cinema Society event. “I was losing my mind,” he says.

Ari Aster Returns: With a fascinating, Wizard of Oz-esque epic called Beau Is Afraid starring Joaquin Phoenix as a man who must travel through untold perils just to get home to his mother. Aster is the genius, if I may say so, behind Midsommar and Hereditary. Watch the trailer below.

Megalopolis: Speaking of geniuses, legendary director Francis Ford Coppola is in the middle of making his self-financed, over $120 million film Megalopolis, and things are starting to sound a little Apocalypse Now — the 1979 Coppola classic that famously involved chaos on set — according to The Hollywood Reporter. The site reports that Coppola has fired his entire visual effects department and lost his production designer and supervising art director, while also being way over budget. Will this star-studded film, including Adam Driver, Lawrence Fishburne, Shia LaBeouf, Nathalie Emmanuel, Jason Schwartzman, Jon Voight, Talia Shire, and Dustin Hoffman survive and thrive? Only time will tell.

Update, 3:25 p.m.: Francis Ford Coppola and star Adam Driver have since responded to THR‘s report, disputing sources that say the film is in “peril.” Driver told Deadline: “All good here! Not sure what set you’re talking about! I don’t recognize that one! I’ve been on sets that were chaotic and this one is far from it.” And Coppola concurred: “I love my cast, I love what I’m getting each day, I am on schedule and on budget, and that’s what is important to me.”

One More Trailer For You: It’s for Ant-Man and the Wasp: Quantumania starring Paul Rudd, Evangeline Lilly, Jonathan Majors, and Kathryn Newton. When Ant-Man tries to make a deal with Kang the Conquerer to get back lost time with his daughter, all hell breaks loose. It looks pretty fun. Watch the trailer below.

Main Image: Joaquin Phoenix in Beau Is Afraid courtesy of A24